Iskos-Berlin has taken the form of the shell chair – made famous by the Eames RAR seat, originally made in fibre-glass and later polypropylene – and created a sustainable alternative. 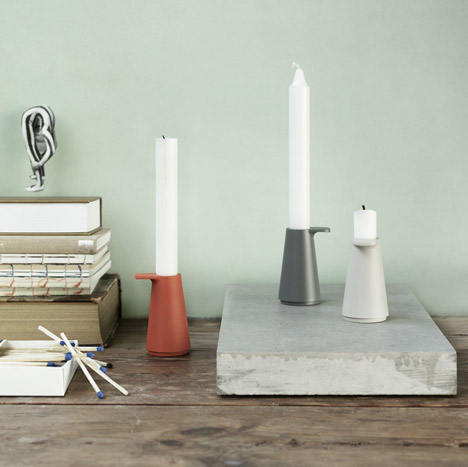 The Fiber Chair has been in development for two and half years – over a year was spent perfecting the mix of wood and plastic in the composite.

"Multiple tests were carried out via computer-aided load simulation, on site at the factory and thirdly, by the Institute of Technology in Denmark; all in order to uncover the required strength of the composite material," said a statement from Muuto.

The final composite was chosen for its durability. At the end of its life, the Fiber Chair shell can theoretically be remoulded by adding just one per cent of new material.

"We designed the Fiber Chair with a clear sculptural language that refuses to compromise on comfort," said the designers.

Every Fiber Chair is different due to the natural materials used in production. This means that slight variations in surface and colour can appear.

The pine wood used all comes from the same area in Sweden, but colour differences in the natural fibres can occur if trees are sourced from as little as 500 metres apart.

"The final feel of the Fiber Chair can be surprising as the expected plastic texture is changed for something that is much warmer and unique, yet equally as strong as traditional shell chairs," said Muuto.

"From a distance, the shell appears to be normal smooth plastic, however, when viewed up close the tiny pieces of the wooden fibres become apparent, giving the chair a whole new character."

The Fiber Chair is available with a choice of four different bases and can be upholstered in leather of a choice of textiles.