News: BIG and Heatherwick Studio are collaborating on a new headquarters building for Google in Mountain View, California.

BIG's office in Copenhagen revealed to Dezeen that they are working with the internet giant and Heatherwick on "a project in Mountain View", which was confirmed by Heatherwick Studio in London.

"I can confirm Heatherwick Studio and BIG are working on a joint design project for Google in Mountain View, California. We can't give any further comment at this point," Heatherwick Studio's Tom Coupe told Dezeen.

According to the New York Times, the pair are working on "a series of canopy-like buildings", which have not been made public but have been discussed with members of Mountain View City Council. 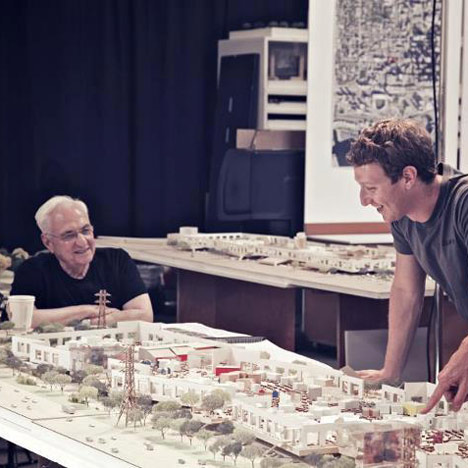 Working on Google's project would be a significant achievement for the two designers, who are both still in their 40s and are considered upstarts in a profession where few get to work on such prestigious projects until much later in life. Heatherwick is 45 while Ingels only turned 40 last October.

Heatherwick's projects include the proposed Garden Bridge for London and the cauldron for the 2012 Olympic Games, while BIG's portfolio features a combined power plant and ski slope, and the underground Danish Maritime Museum.

The move follows in the footsteps of fellow Silicon Valley companies Apple and Facebook – both of which are working with high-profile architects on their new office complexes. Foster + Partners is behind Apple's huge ring-shaped headquarters underway in Cupertino, while Facebook enlisted Frank Gehry for its new campus on the edge of San Francisco Bay.

Google is also working with UK firm Allford Hall Monaghan Morris on its new London campus in King's Cross – but was controversially asked by Google to start again and develop a "more ambitious" proposal in November 2013, despite winning planning approval with its original design.

More from BIG and Heatherwick Studio