Opinion: the world of kink and fetish is built around ideas of power, control and gender – not that different to our relationships with everyday objects, says Sam Jacob.

Though we might try to frame it in more rational, objective terms, design culture is really nothing more than a highly complex, super-developed system of driven-by-object fetishism. It's a world where objects take on meanings and significances far beyond the sum of their material form. Where things inert and external to us resonate deep within our psyche. As designer or consumer, we are drawn towards sensations – the sheen of a particular texture, a particular colourway, the way a particular door swings. We've all had it, that moment when we feel a desperate attraction to a thing, an uncontrollable desire for… it, whatever that 'it' might be.

In the everyday world these sensations are the subtext of objects. But in the explicit world of fetishes – the world of sex and kink – these tendencies come to the surface. Or rather become the surface. Here, trajectories of desire and the objects intersect without any need to sublimate. Desire is desire, not the circuitous set of relationships that usually flow around design. Here design gives (silicon) form to desire. These forms are, most often, highly specific and, it must be said, strange.

Design culture is really nothing more than a highly complex, super-developed system of driven-by-object fetishism

Browse the fetish section of specialist outlets and you'll find a world of strange anachronisms. It's a world of faux-medievalness, of studded leather and dungeons, of stocks and pillories, of old fashioned schoolroom discipline embodied by the cane, the obscure world of equestrianism represented in harnesses and riding crops, early 20th century warfare in gas masks and uniforms, anachronistic healthcare in medical play.

It's a mixed-up set of references for sure, a whirlwind tour through medieval punishment devices, feudalism, Tom Brown's schooldays, stately homes and primitive chemical warfare. They are references that are almost exclusively fetish scene-centric and all things from a long-vanished past. The past seems to have a much stronger hold on our kinky psyche than the future.

It's the same at the more vanilla end of the spectrum, too. Think of the way the underwear of the past has been recycled as a high-end product rich with contemporary ideas of desire. The stockings and corsets of, say Agent Provocateur, are the reality of the past recast as the fantasy of the present. What was once everyday practicality is remade as contemporary exception. Are these things intrinsically sexy? Or have all those buckles and clips gained an erotic charge they never had in their original incarnation? Or, have we, like Pavlov's dog, simply been conditioned to find these things sexy?

We could ask the same of so much of the fantasy wardrobe. Cosplay basics such as school uniforms that are unlike school uniforms, nurses' outfits that certainly don't comply with contemporary NHS heath and safety standards. And French maids? How on earth did the image of French domestic service gain such global cultural traction? Very few of us, I would imagine, have any experience or even knowledge of the source of this fantasy. So why would these images resonate quite so deeply as they seem to?

There's a greater bite to this world than just roleplay

Maybe it's exactly the distance these images and scenarios have from everyday life that makes them ripe for re-imagining. Their contemporary redundancy and distance from everyday life allows our fetish fantasy imagination to re-inhabit them, provides the space for us to play out roles that are distinct from our normal life and to play out scenarios that would be entirely unacceptable elsewhere. It's their rootedness in other spaces that imbues them with theatrical possibilities.

But there's a greater bite to this world than just roleplay. The distance also provides something else: a safe, contained space where we can play out issues that are very much a part of real life. 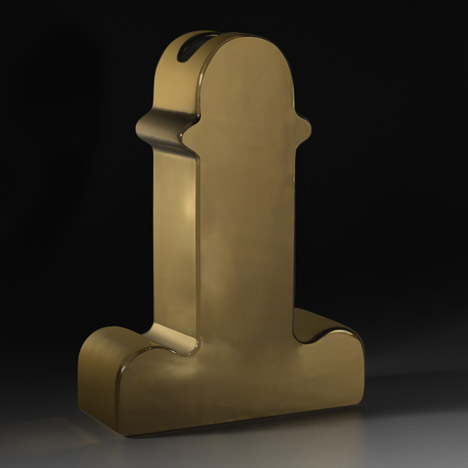 All of those references to punishment, uniforms, devices of control, places of imprisonment, servitude and so on mean the world of kink is a sign-heavy world. It's a world built from power, control and gender.

In this world, these symbols are exaggerated so that they become the world. But out in the real world, these are issues that are hidden in plain sight, as if they were natural and normal. That's to say as signs they may seem less visible but they are no less powerful, no less restricting, no less oppressive. Indeed, in the 'real' world these very same ideas of power and gender might now dress down but their effect is far more total.

We could argue that all clothing – and all design – plays a significant role in negotiating issues of power and gender. When we talk of dressing the part what we really mean is using clothes to mediate ourselves into specific social situations, power relationships and so on. Design, in other words, is always working to shape, prompt and instruct us. Kink amplifies these qualities. It heightens the relationships we have with objects, clothes and spaces, just as it amplifies sensations.

And in doing this, kink provides the space to explore the entirely unnatural politics of sex. Not sex as an animal act, but sex as a cultural, social and political idea. It plays with the signs and symbols of the forces that dominate both our public and private lives. The societal forces that shape how we live, how we conduct relationships, how we think about and have sex become more plastic. In kink we can experiment with these forms of power.

All of Kink's buckles, plugs and outfits are ways to engage with everyday politics of life

In other words, kink acts as a subversive form of live social experiment that is both critique of and proposition for other ways of arranging the world. This is the real liberative power of kink. And perhaps why it still remains suppressed (regardless of 50 Shades success). Fundamentally, kink threatens social norms and exposes them as culture rather than nature.

Kink's unflinching and sometimes uncomfortable relationship to desire has much to teach mainstream design culture. It tells us that our relationship with objects is not purely aesthetic but shows instead how aesthetics can be a way of interrogating and exploring the significance of objects. All of its buckles, plugs and outfits are ways to engage with everyday politics of life. And its scenes are places where simulated versions of the world can be acted out.

Kink occasionally skirts close to the mainstream. A pop video here, a book series there, a film maybe. But still its ideas remain difficult. They are the kind of ideas that we snigger at dismissively from a combination of shame, embarrassment and prurience. But really we should recognise that the wider world too is driven by the very same impulses and tendencies. In fact, simply put, all design is deeply kinky. Despite feeling like the real world, at heart design is always a form of fantasy made real. And these fantasies are just as conditioned by society and politics as our murkier dreams.

Design's role is far more than either simple function or aesthetic – it's the codification of behaviour and ideas into material stuff. It is as much about constraint and control as it is about freedom and liberation. You can keep your dungeons, there's really nowhere kinkier than a Vitra showroom.