Architecture studio Aileen Sage and urban designer Michelle Tabet will take over the interior of the Australian pavilion for the 2016 edition of the Venice Architecture Biennale, it was announced today.

Their proposal, entitled The Pool, will explore the history of the swimming pool and its role in Australian society. The exhibition will centre around a swimming pool, which will be augmented by the use of light, scent, sound, reflections and perspective. 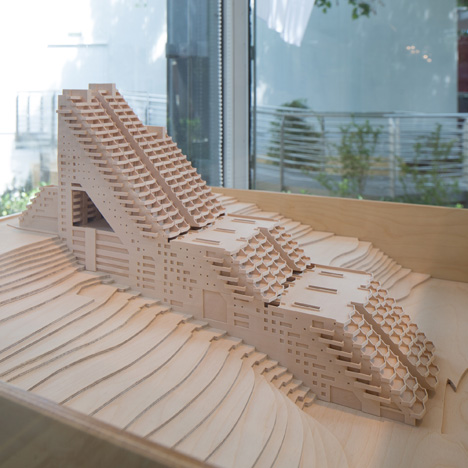 Rem Koolhaas: I wanted my biennale to "disconnect from contemporary architecture"

The team also plans to present a series of past and present swimming pools from around Australia, be they natural or manmade, inland or coastal, temporary or permanent.

"From pools of necessity to the pools of excess, the pool is a key architectural device, a memory and also a setting," said the curators in a statement.

"It has the unique ability to evoke both the sacred and the profane and also aptly represents a distinctively Australian democratic and social space – a great leveller of difference."

Sydney-based Aileen Sage is led by architects Isabelle Toland and Amelia Holliday, who previously worked for Neeson Murcutt Architects on projects including the Prince Alfred Park and Pool in New South Wales.

The Pool will be the first architecture exhibition in the new pavilion, which opens for the first time next month for the 2015 Venice Art Biennale.

Designed as a "white box within a black box", it replaces the temporary structure Australia has been using since 1988 and is the first pavilion to be built within the Giardini in the 21st century.

Coverage of the Venice Architecture Biennale 2014