Foster + Partners has revealed its plans for a creative community in Dubai modelled on the fashionable neighbourhoods of New York's Meatpacking District and east London's Shoreditch.

Norman Foster's architecture firm will deliver the second phase of the Dubai Design District, also known as D3, which is a new creative quarter being built from scratch in the United Arab Emirates city.

The aim of the new neighbourhood is to nurture the city's emerging local talent, as well as to provide a hub for established studios and galleries.

"This is an exciting initiative, which supports young creatives, and allows Dubai’s design scene to flourish from within," explained Gerard Evenden, studio head at Foster + Partners.

D3 officially opened last month. The first section of the materplan was centred around brands and established studios – 220 businesses were signed up to move into the district, from luxury companies like La Perla and Hugo Boss to architects and designers including Viktor Udzenija and Wanders Wagner Architects.

The next phase involves attracting startup companies and up-and-coming artists and designers to the neighbourhood.

Foster + Partners plans to create a mix of flexible contemporary offices and communal working facilities around a series of pedestrianised streets and outdoor events spaces – mimicking typical street patterns in Shoreditch and the Meatpacking District, among others. 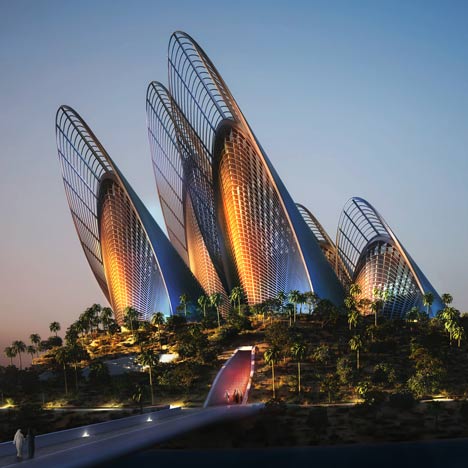 "Approaching the brief, our first step was to explore the balance of activities in a successful, youthful, creative hub, and to understand the aspirations of the different users," said Evenden.

"We analysed the way that spaces were being used, and then brought a variety of functions together to encourage collaboration between disciplines," he added. "This, combined with the highly flexible modules, will help to create a thriving, self-sustaining community."

The design was developed through a series of conversations, workshops and focus groups with local creatives. One of the key ambitions is to ensure the new spaces will be able to evolve organically, and be able to adapt to any purpose.

According to Mohammad Al Shehhi, chief operating officer of D3, the region will fuel the growth of Dubai's creative industries and has the potential to become one of the world's most important design centres.

"D3's pioneering creative community will help to foster the growth of the UAE's design industry by acting as a dedicated destination for all things design, fashion, art and luxury," he said.

"We have undertaken extensive research and fact finding, to better understand what makes design communities really thrive," he continued. "We quickly established that one of the key ingredients for a flourishing design scene, that will grow as people inhabit the area, is affordable space designed to inspire creativity."

"With a variety of sustainable building designs, state of the art infrastructure and other architectural features being developed from the outset, D3's creative community will be a unique, vibrant and charismatic destination, which also enables a legacy that can propel D3's place amongst the world's leading creative centres."

Foster + Partners won the project through a design competition. It is scheduled to complete in 2017, paving the way for the third and final phase of the development, which will be a waterfront promenade.