The latest bid to grant listing status to the Brutalist Robin Hood Gardens estate in east London has failed and the local MP has called for it to be "brought down ASAP".

Public body Historic England – which administers and maintains the register of England's listed buildings – has announced that the UK government will not list the historic 1970s complex designed by architects Alison and Peter Smithson.

This is in spite of the revived campaign by heritage organisation the Twentieth Century Society, which is supported by architects including Richard Rogers.

Labour politician Jim Fitzpatrick, the elected member of parliament for Poplar and Limehouse, told Dezeen that the estate's historical significance is "nonsense".

"We have two buildings from the same period and style in Glenkerry and Balfron, and in much better condition," Fitzpatrick said. "Robin Hood Gardens is well past its demolition date, and should be brought down ASAP in my view."

Robin Hood Gardens was granted a five-year immunity from heritage listing in 2009 meaning that the council was free to demolish the complex. Although demolition was scheduled it did not take place, so at the end of the five-year period the Twentieth Century Society revived its original campaign, which had gained support from architects including Robert Venturi, Zaha Hadid and Toyo Ito.

Historic England has now said that the estate "does not make the grade" for listed status and has made a recommendation for a new certificate of immunity.

Historic England's head of designation Emily Gee commented: "We assessed the complex for listing in 2008 and our advice was subject to detailed scrutiny and review. No new information has come to light that would cause us to revise our assessment, so we stand by our view that Robin Hood Gardens does not meet the very high threshold for listing."

"The complex does not equal the architectural achievement of other 20th-century estates which have been listed, such as the Barbican and Brunswick Centre in London, and Park Hill in Sheffield.

"Listing is highly selective and decisions must be made objectively. While respecting the opinions of campaigners, after careful review of all the points received by the consultees, we recommended once again that Robin Hood Gardens does not make the grade." 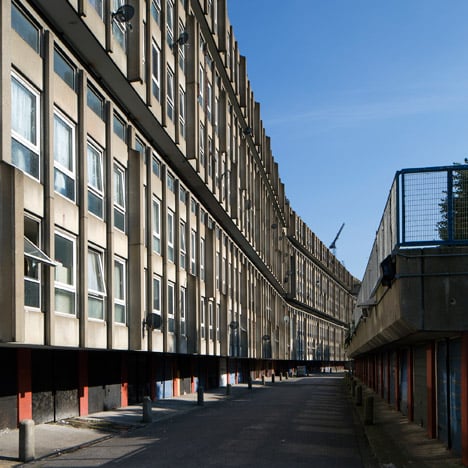 The Twentieth Century Society's Henrietta Billings has described the decision as "extremely disappointing".

"We were hoping the listing of the estate would bring a new, more rigorous appreciation and a fresh look at the architecture – it's why we're really keen to see it listed," Billings told Dezeen.

"The architecture has been misunderstood and under appreciated, and also unfairly maligned due to maintenance issues and underinvestment over a long period of time. This has added to the perception that it's the fault of the architecture rather than other issues around things like maintenance and general upkeep."

"This is the second time we've asked to understand the decision and how they have arrived at the decision not to list, and what expert advice they used to reach that conclusion," she added.

Based on the Brutalist concept of "streets in the sky", the 213-apartment estate was completed in 1972. Architects Alison and Peter Smithson had already established themselves as key protagonists of "New Brutalism", with projects including the Economist Building in Piccadilly and Smithdon High School in Hunstanton, Norfolk.

Richard Rogers recently described the Robin Hood Gardens as post-war Britain's "most important" social housing development, adding that the case for listing is "stronger than ever".

In an open letter co-signed by the Smithson's son and Rogers' colleague Simon Smithson, he wrote: "The buildings, which offer generously sized flats that could be refurbished, are of outstanding architectural quality and significant historic interest, and public appreciation and understanding of the value of Modernist architecture has grown over the past five years, making the case for listing stronger than ever." 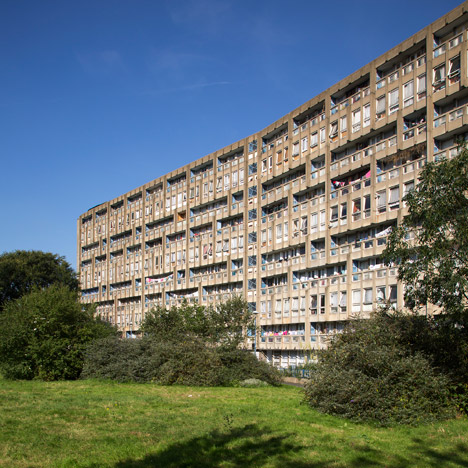 Last-ditch bid launched to save Robin Hood Gardens from demolition

The Twentieth Century Society has issued a Freedom of Information request in a bid to fully reveal the processes behind the decision. Going forward, the organisation will "have to decide whether we want to challenge or ask for a review," Henrietta Billings told Dezeen.

A spokesperson for the UK government's Department of Culture, Media and Sport said: "[Historic England] were clear it did not meet requirements for listing" but declined to comment further. Government heritage minister Tracey Crouch was unavailable for comment.