To mark five years since the currency's launch, the Brixton Pound recently unveiled a new special-edition of the B£5 designed by British artist Deller – who won the top Turner Prize in UK art in 2004.

The new note features a psychedelic graphic around an unidentifiable face on the front, accompanied by a quote from philosopher Karl Marx's book Capital on the back.

The banknote was created by the artist in partnership with London-based Fraser Muggeridge Studio, with additional creative direction provided by design agency This Ain't Rock'n'Roll.

"These are the most amazing currency notes ever produced, no exaggeration," said This Ain't Rock'n'Roll creative director Charlie Waterhouse. "They're beautiful and mysterious, spiritual and politicising." 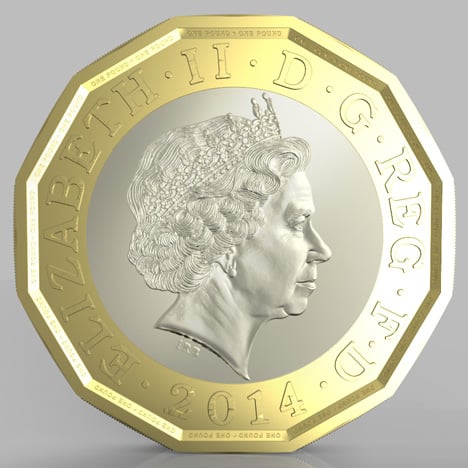 "In two sides of paper it provides the most compelling response to the rot that emanates from the Square Mile that I've seen since we were all told we had to live under the yoke of austerity," he added.

Launched in September 2009 by community-led organisation Transition Town Brixton, the Brixton Pound was established as a way of helping independent businesses in the area. The first notes featured images of previous famous local residents, including artist Vincent van Gogh and author CLR James.

Intended to be used alongside standard money, the Brixton Pound works on the basis that it will circulate in the local economy, benefiting smaller traders rather than chains or big brands. More than 200 businesses in Brixton currently accept the paper currency, as well as the electronic B£ pay-by-text platform.

In 2011, the Pound received a redesign from creative studio This Ain't Rock'n'Roll, who featured more local heroes across the various denominations of notes, including the immediately recognisable face of musician David Bowie on the B£10 note. Basketball player Luol Deng and second world war spy Violette Szabo also appeared on the B£5 and B£20 banknotes.

The special artist edition has been printed in a limited run, with each note featuring an individual serial number. Banknotes are available in local stockists, as well as online through Brixton Pound's store.

"His extraordinary design adds a significant and provocative message that reflects our intention to raise the conversation of how we understand, use and value money in this time of economic instability and what we could aspire to in the future," the Brixton Pound added.