Dutch designer Piet Hein Eek is creating a collection of limited-edition furniture for IKEA, set to launch in 2017, as part of a wider collaboration with the Swedish company.

IKEA has officially announced a collaboration with the Eindhoven-based designer, who is best known for his scrap-wood furniture made from timber offcuts.

"Designing for IKEA is almost the opposite of what I normally do," said Eek. "Luckily, the rational approach in both processes, both for small and large quantities, are the same – one has to think about efficiency in every aspect."

"All of a sudden it's possible to make products with the same mentality and attitude, for a bigger audience," he added.

The designer alluded to the project when speaking to Dezeen earlier this year: "We're going to do mass production but it will look completely handmade. That's a trick that I had in my mind for a long time and this is the perfect collaboration to actually execute it like that."

His limited-edition Jassa collection will arrive in stores from March 2017, and the project has so far included research into Indonesian craft techniques.

Natural fibres and batik textiles will be among the materials used to create the serial-produced items, as well as pieces made with a Polish wood company. 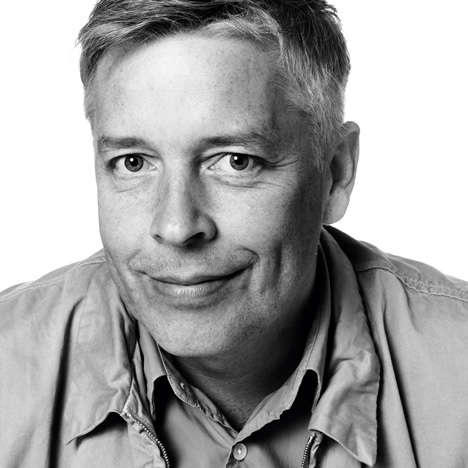 "It was Piet's focus on working efficiently with materials, production techniques and craft that made us realise the common ground we work on when designing products," said Karin Gustavsson, creative leader at
IKEA.

Eek will not be employed by IKEA, but has been asked to provide ideas for products across the company's range, which could result in a string of collections to be launched over the next few years.

This is the latest in a series of design collaborations announced by the company. The furniture giant launched a collection by British designer Ilse Crawford earlier this year, and is also working with fashion designer Katie Eary to create customised versions of its products.

IKEA's design manager Marcus Engman spoke exclusively to Dezeen about how the company is using design to overhaul its reputation for "doing cheap stuff" earlier this year.

Eek is also branching out from furniture design in his own work. The designer presented his first watch during Milan design week in April and has recently completed the renovation of a former mill in rural France into holiday homes.