Aerospace company Boeing has released a film that demonstrates the properties of what it describes as "the lightest metal ever" (+ movie).

The movie aims to show off both the weight and strength of the material, which was first developed in 2011 by research company HRL Laboratories – owned by US company Boeing.

Described by HRL as approximately one hundred times lighter than Styrofoam, it is made up of a metal microlattice constructed from interconnected hollow tubes, with a wall thickness of just 100 nanometers – 1,000 times thinner than a human hair, according to HRL.

Originally developed for the Defence Advanced Research Projects Agency (DARPA), the material's structure means it is resilient against compression, and has especially high energy absorption.

In its original statement, HRL suggested the material could be used for "battery electrodes, catalyst supports, and acoustic, vibration or shock energy damping". 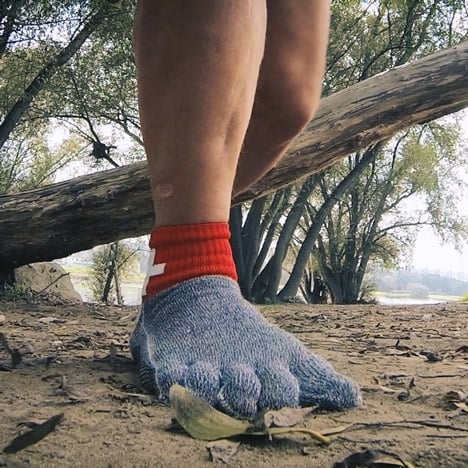 "Modern buildings, exemplified by the Eiffel Tower or the Golden Gate Bridge, are incredibly light and weight-efficient by virtue of their architectures," commented Bill Carter, manager of the Architected Materials Group at HRL.

"We are revolutionising lightweight materials by bringing this concept to the materials level and designing their architectures at the nano- and micro-scales," he added.

In the new film released by Boeing earlier this month, HRL research scientist Sophia Yang describes the metal as "the world's lightest material", and compares its 99.9 per cent air structure to the composition of human bones – rigid on the outside, but with an open cellular composition inside that keeps them lightweight.

The clip provides a close-up of the structures, and demonstrates its properties by showing compression tests and reactions to air movement.

Although the aerospace company hasn't announced definite plans to use the microlattice, the film suggests that Boeing has been investigating possible applications for the material in aeroplanes, where it could be used for wall or floor panels to save weight and make aircraft more fuel efficient.

Graphene – another lightweight material hailed as the thinnest, strongest and most conductive material ever – has also been proposed as a material that can improve everything from condoms to contact lenses.

Other recent material innovations include a bioplastic made from chitin polymer taken from crab shells, and "biological concrete", that could capture rainwater to create living walls of moss and fungi.