Bergmans noticed that neon was always encased within tubes with a consistent diameter measurement, so began to create organically-shaped vessels to see how the light was affected when more widely dispersed.

"The project started with me wondering why neon is always made inside a regular tube," Bergmans told Dezeen. "I went to several experts that have been working with neon for ages, and all of them had no idea."

"Nobody had ever done it before," she continued. "This material has been there for such a long time and nobody had ever wondered this question."

As part of these initial experimentations, Bergmans blew a large bubble in the middle of a regular neon tube. She spotted that while the light remained strong and bright in the cylinder, it became invisible in the spherical area. 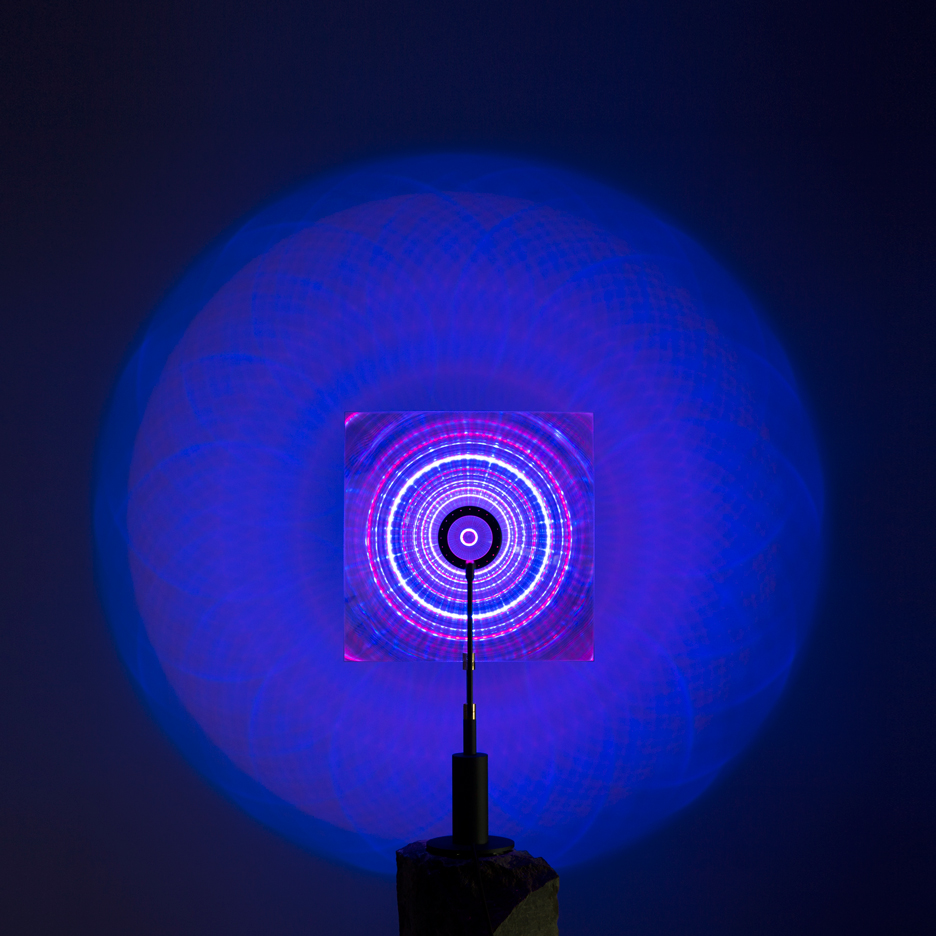 "It was very strange, as I initially thought this is gas and it will all illuminate, even when it's in a wider vessel," Bergmans said. "But somehow the wider it gets the more it vanished and disappeared."

The range, titled Phenomeneon, is made up of the globe-shaped lamp and a set of wiggly-lined structures which similarly emit an inconsistent amount of light.

Neon lighting was invented by French engineer Georges Claude in 1910 to exploit the gas that was produced as a byproduct of his air liquefaction business.

In 1923, Claude introduced neon gas signs to the United States, and the method has been used for outdoor advertising ever since.

Illumination occurs when voltage is applied to the electrodes that seal either end of the tube. This then ionises the gas – causing it to emit a coloured light.

Bergmans' intention was to create lamps with a "mysterious effect", compared to the typical lettering and signage.

"Neon lighting was designed for lettering, so they wanted it to be bright and clear. But I don’t look for those kind of things, I look for more mysterious or other effects," she said.

Bergmans has come up with a range of concepts for unusual lighting solutions, and previously developed a technique similar to glass blowing to create plastic lighting installations shown at Dutch Design Week 2013.

The designer also worked with Studio Job to create a collection of polished bronze objects with blown-glass lamps spilling out of them for Italian gallery Dilmos.

Phenomeneon was on show at the Kazerne exhibition space in Eindhoven as part of this year's Dutch Design Week, which takes place across the city from 17 to 25 October 2015.

Photography is by Mirjam Bleeker.