Inside Festival 2015: Australian office March Studio has been awarded the World Interior of the Year prize for its design of a sculptural timber lobby and utilitarian bar at a Canberra hotel.

March Studio's role in the Hotel Hotel project was to design the ground floor spaces, which run between the building's two entrances. The studio's response was to plan an interior filled with recycled timber, concrete beams and steel panelling.

In the lobby, over 5,000 wooden offcuts were fixed around the walls and ceiling. The lengths are supported by steel rods that run from floor to ceiling, while more reclaimed timber was used to create a grand staircase.

The hotel's reception area leads through to the bar. In both of these spaces, concrete beams were used to create stacked tables and surfaces. They also extend outside to create a seating area. 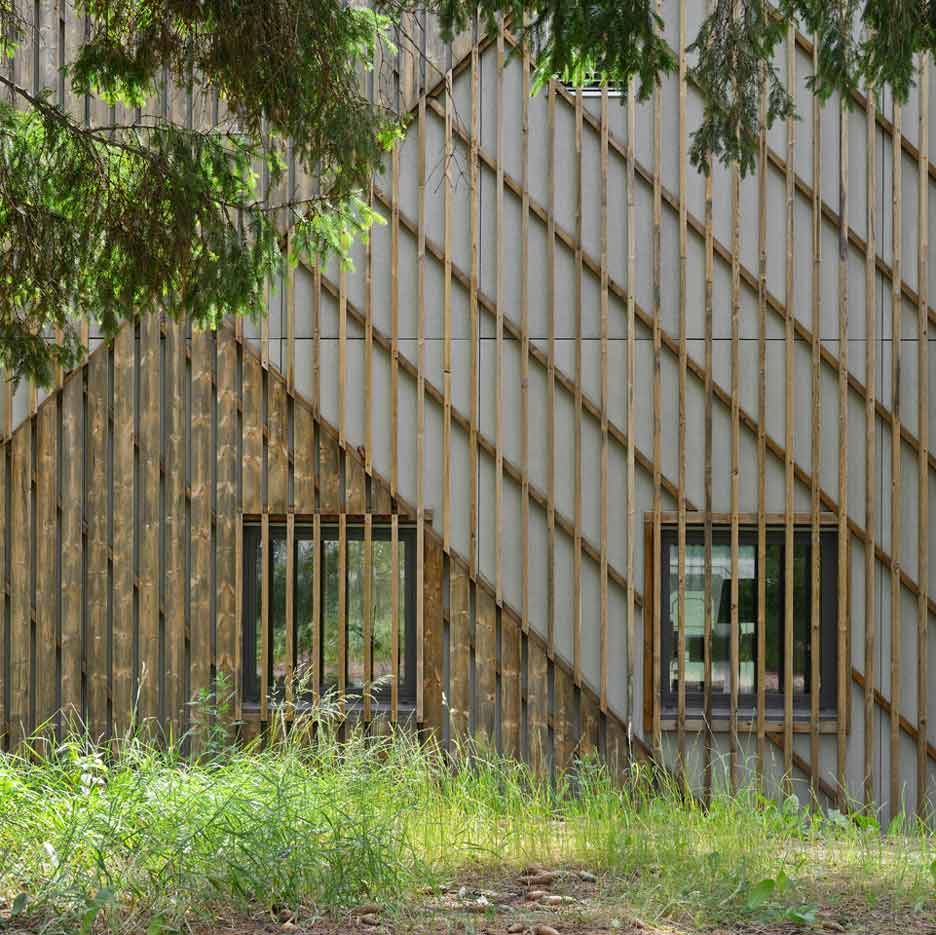 Other details include circular skylights, a large fireplace, a screen punctured by marbles, and a feasting table that divides into different sections.

Judges described the project as "a masterful integration of awkward residual spaces into a seamless and delightful interior."

"The choice of raw elements gives a warmth and familiarity mixed with the excitement of the unexpected," they said. "They combine to make a powerful but not overwhelming series of spaces."

Last year the World Interior of the Year award went to Hong Kong architect Joyce Wang, for a restaurant that combines colonial-style furnishings with an industrial warehouse aesthetic. In an interview with Dezeen she described the design as "true to Hong Kong's past".

Dezeen is media partner for both the World Architecture Festival and Inside Festival, which concluded today at the Marina Bay Sands hotel and conference centre in Singapore.