Architecture firm Conran and Partners has completed its redevelopment of Tokyo's Futako-Tamagawa area, the city's largest building project of the last decade.

London-based Conran and Partners has spent 11 years working on the regeneration of the 20-hectare site on the north bank of the Tama River. It has created 400,000 square metres of homes, shops, offices and leisure facilities.

Futako-Tamagawa Rise includes four new high-rise blocks – a trio of residential towers ranging from 28 to 40 storeys, and a 30-storey office building topped by a three-storey hotel.

There is also a cinema complex, a shopping centre, two department stores and a television studio, as well as several low-rise residential and office buildings, and a new city park.

The masterplan was designed around a central one-kilometre promenade that connects the railway station at the western end of the site with the new residential buildings and park to the east. 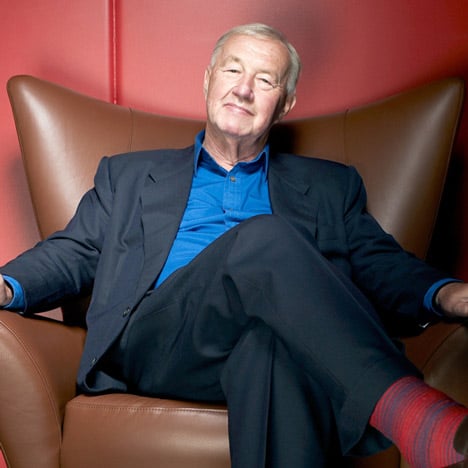 Bolder colours feature at the station end, but these tones become gradually lighter and "more delicate" towards the park. This is intended to signify the transition from city into nature.

Cladding materials vary across the site, but each building has a base wrapped in stone to help create a sense of unity.

"Futako-Tamagawa Rise epitomises our commitment at Conran and Partners to creating places that enhance the lives of those that live, work and visit them," said Tim Bowder-Ridger, the studio's managing director.

"It also demonstrates yet again the high quality of construction we have become accustomed to in Japan," he added.

Conran and Partners was founded by British designer Terence Conran, but is currently chaired by his son, fashion designer Jasper Conran. The firm is also involved in the redevelopment of the area surrounding Richard Seifert's iconic Centre Point tower in London.

It won a competition to design the Futako-Tamagawa Rise masterplan in 2004, selected ahead of Japanese architect Kengo Kuma, US firm KPF and Argentine-American architect César Pelli.

The first phase of development was completed in 2011, creating 260,000 square metres of floor space. The second phase is now also complete, marking the end of the project.

The complex is the first in Japan to receive LEED ND Gold Standard for sustainability – equivalent to the UK's BREEAM Excellent.