The 20-centimetre-tall tree, created by graphic designer Pierre Tachon, is made up of six dark chocolate discs that gradually decrease in size to form a cone shape when stacked together. 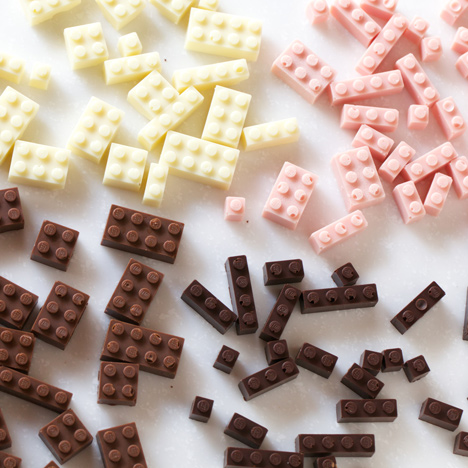 Each of the discs has a hole in the middle, which allows them to be assembled around a central chocolate rod that makes up the trunk of the tree.

The chocolate circles are covered in organic fruit and nuts, intended to replicate the appearance of Christmas decorations.

A separate cone piece attaches to the top of the tree to complete its appearance, and a thicker disc of chocolate creates a standing base.

The entire tree comes in a custom-built flat box, with each of the pieces packed away into their own cardboard compartments. 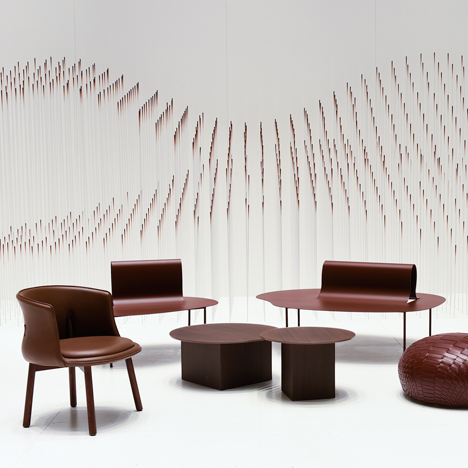 The box also includes a pair of white gloves to stop the chocolate from melting during assembly, and to keep the builder's hands clean.

The company suggests the tree can be assembled as a group project with family and friends, before being enjoyed together.

A group of US designers recently embraced the festive spirit, designing a collection of non-traditional Christmas ornaments that are being sold to raise money for the Museum of Contemporary Art in Detroit.

Also this year, Studio Tord Boontje has partnered with Dutch delivery service PostNL to release a set of Christmas stamps adorned with snowflakes and woodland animals.