The studio, founded by Pavlos Chatziangelidis in 2004, based the design for the C29 optometrist on the concept of a gallery space to showcase the store's range of glasses.

"Similar to a gallery – where the clean design allows for the artwork to be emphasised – the aim was to create a space characterised by purity that would allow for the products of the store to be highlighted," Chatziangelidis told Dezeen.

To connect the building's original features to their design, the studio left the lower part of the existing rough stone walls exposed. These were painted white to blend in with the render used to smooth out the upper portions. 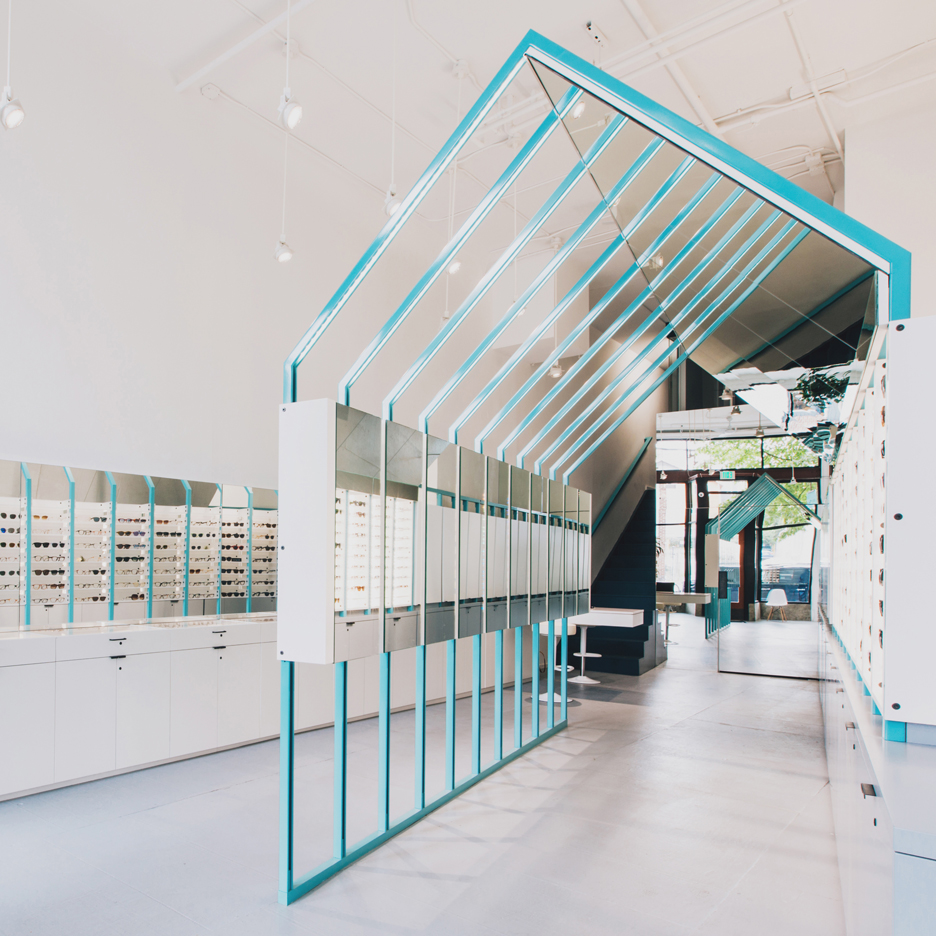 Light-coloured concrete was chosen for the floor to complement the colour of the walls and ceiling, and mirrored surfaces were added to emphasise the simple materials.

"The main part of the design was the creation of a gradient in the texture of materiality of the building," said Chatziangelidis.

An alcove was created towards the front of the space to house two small trees, while unframed mirrors were propped up against the stone walls.

In keeping with the gallery theme, functional objects including a reception desk, storage cupboards and seating were designed to look like mirrored sculptures – similar to the display units within a Seattle optometry store.

"Instead of opting for simple objects of everyday use, we designed furniture that resembles sculptures and accentuates the concept of a gallery space," said Chatziangelidis.

"We experimented with a dialogue between the sharp materiality of glass and mirror and the earthy materiality of stone and white cement surfaces," he added.

As the existing building was of historic importance, the studio were only able to make few changes to its original plan.

Instead, they added an outdoor area for customers to socialise and relax in. This space is framed by black metal poles that form the outline of a cube.

Throughout the day, natural light floods the courtyard and reflects off the white and mirrored surfaces. At night, the outdoor area is illuminated by filament bulbs hanging from long black cords.

Other interesting eyewear stores include a Montreal shop by La Shed Architecture that is divided into black and white areas and a shop in Amsterdam by Occult Studio that features pegboard walls.