Texas architecture firm AlterStudio has turned an Austin bungalow into a three-bedroom home with a black timber extension connected by a glass corridor (+ slideshow).

Called the Hillside Residence, visitors enter the house through the glass corridor, which splits the home into communal and more private realms.

The linking structure is accessed from a sloping driveway, which helped reorient the house from front to back and gave the extension equal importance to the original building. 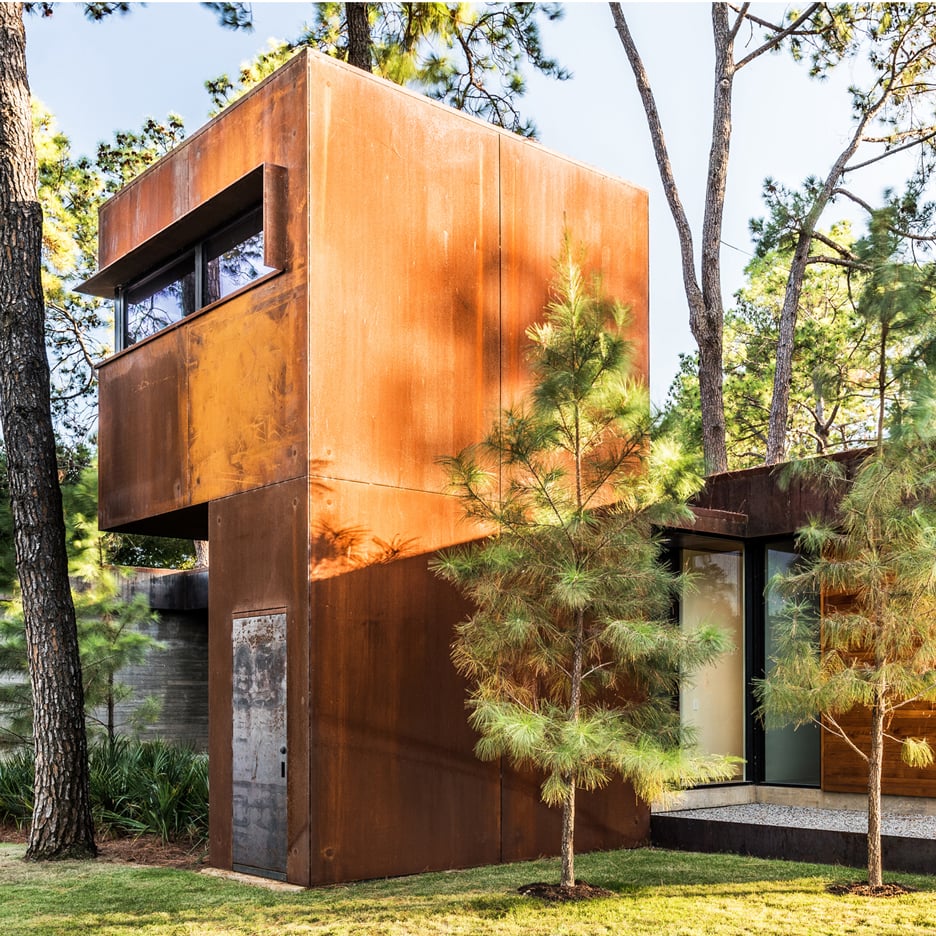 "The original building still defines the essential disposition and public presence of the building, here made slightly unsettling by being rendered in stark white and by the removal of the front entry porch," AlterStudio founder Kevin Alter told Dezeen.

Though the new building has a contemporary, sculptural form, the wood cladding and standing-seam roof are intended to recall the region's vernacular architecture.

According to Alter, the layout references an idea for modern living put forward by 20th century Hungarian architect Marcel Breuer, an influential figure in Modernist furniture design and architecture.

"Akin to Marcel Breuer's 1943 proposition for a binuclear house, the home is split into two zones – one for living and socialising, and the other for concentration, work and sleeping," explained the architect.

The old house contains three bedrooms and two bathrooms, while the new structure includes an open kitchen, dining room, and a double-height living area, as well as a second-floor office.

"The bungalow's pre-Modern character of discrete rooms provides an intimate setting for the private rooms of the house, leaving the more dynamic modern rooms free to extend into the out-of-doors to the rear of the property," Alter said.

Behind the extension, a terraced rear garden includes a gravel-covered outdoor dining area, a small lawn, and a rectangular swimming pool.

Oriented to maximise cross ventilation and minimise heat gain from the sun, the house also includes a solar panel array and a rainwater-collection system.