Architecture firm SOM has created a 3D-printed structure that generates its own power and shares energy with a companion vehicle, providing a model for off-grid living (+ slideshow).

Skidmore, Owings & Merrill (SOM) worked in partnership with the US Department of Energy's Oak Ridge National Laboratory to create the curved pavilion, which the firm claims is the world's largest 3D-printed polymer structure. A closed-loop battery system links it with a vehicle designed by Oak Ridge, which was made using the same technology.

The project was developed as a prototype for an initiative called the Additive Manufacturing Integrated Energy (AMIE), which aims to foster new ways of thinking about the generation, storage and usage of electrical power. The prototype is meant to show how energy can be shared between a building and a motorised vehicle.

It was presented to the public for the first time at the International Builders' Show in Las Vegas, which took place from 19 to 21 January 2016.

The SOM-designed pavilion is composed of 3D-printed panels that serve multiple purposes. In addition to acting as exterior cladding, the panels provide structural support, insulation and moisture protection.

This all-in-one approach cuts down on construction waste and reduces material usage, according to the design team. "SOM and its partners optimised the structure's form to reduce the amount of material used and to express three-dimensional printing's ability to deploy complex, organic geometries," said the firm. 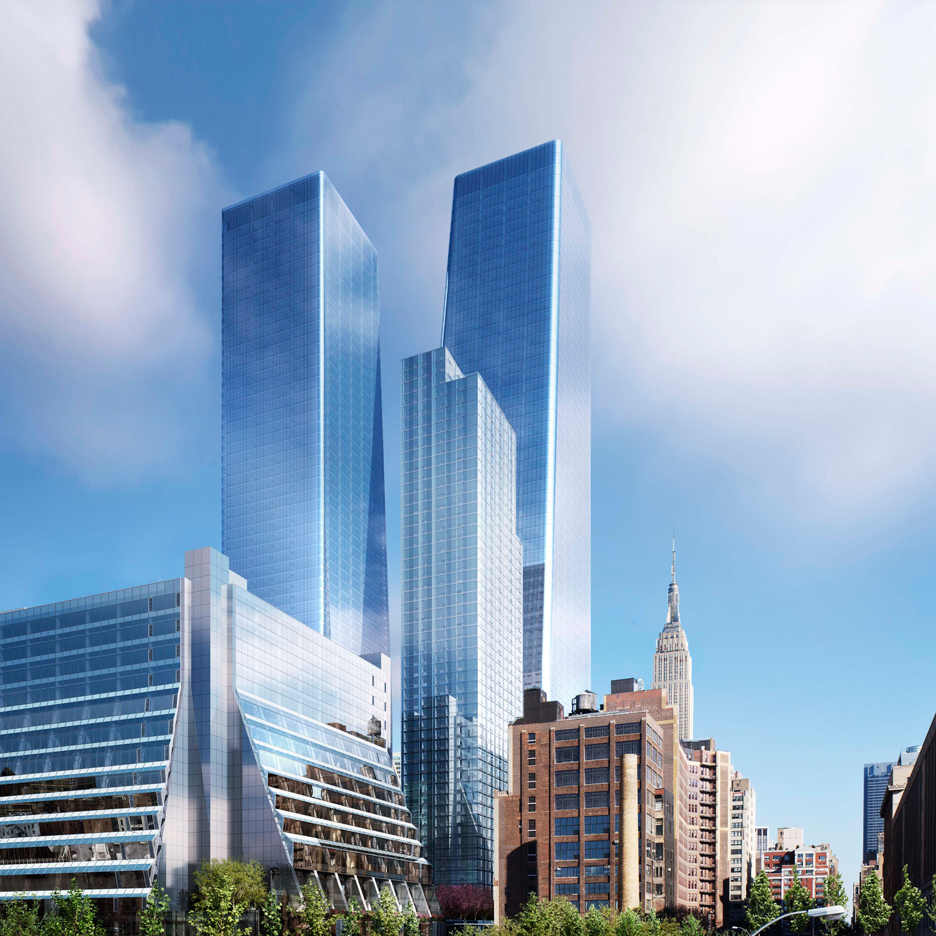 The building envelope comprises approximately 80 per cent opaque panels and 20 per cent glazing, resulting in a highly efficient enclosure.

Solar panels are integrated into the roof and feed a battery under the building, which in turns powers the structure at night. The 3D-printed vehicle generates its own power, too, using a hybrid electric system.

Both the pavilion and the car share power with each other through a wireless system, in which power is transmitted via electromagnetic fields, and is then captured and distributed by a receiving device.

"The project pioneers two-way, wireless energy sharing between a 3D-printed vehicle, the power grid, and photovoltaics embedded in the structure," said the firm.

AMIE was created in partnership with the University of Tennessee and several private companies. The project is meant to serve as a model for sustainable urban development.

"The innovation consortium is an excellent example of design, government, science, the university and multiple industry partners working together to push the limits of building technology and high-performance design to solve some of the world's most urgent issues in energy and urbanism," said SOM partners Brian Lee and Philip Enquist in a statement.

3D printing is increasingly scaling up from objects to houses and infrastructure. Joris Laarman is printing a bridge to span an Amsterdam canal, and the technology was recently used to create a sculptural facade for the building to host European Union meetings.

Other recent projects by SOM include a massive residential, office and retail development known as Manhattan West, as well as the renovation and expansion of Penn Station in New York. The multidisciplinary firm has architecture, engineering and urban design studios.