Twenty-three designs have been selected as part of a plan to reinvigorate Paris – but one of the few that didn't make the cut is this proposal by Périphériques for a "crowd-built" megastructure resembling a pile of smaller blocks (+ slideshow).

Périphériques architects Emmanuelle Marin and David Trottin developed a proposal aimed at making the city affordable again for residents who have been pushed out by rising rents.

Through crowdfunding, the French architects believe that local residents would be able to put together enough funds to create their own development, combining all sorts of different structures. They call the process crowd building.

"Our purpose is to give Paris back to the people who can't afford it any longer, whether owners or tenants," said the duo, who recently completed a faceted red cultural centre in northwest France.

"Our crowd building is the symbol of interested-citizen reappropriation of manufacturing the city," they added. "Paris by us, Paris for us!" 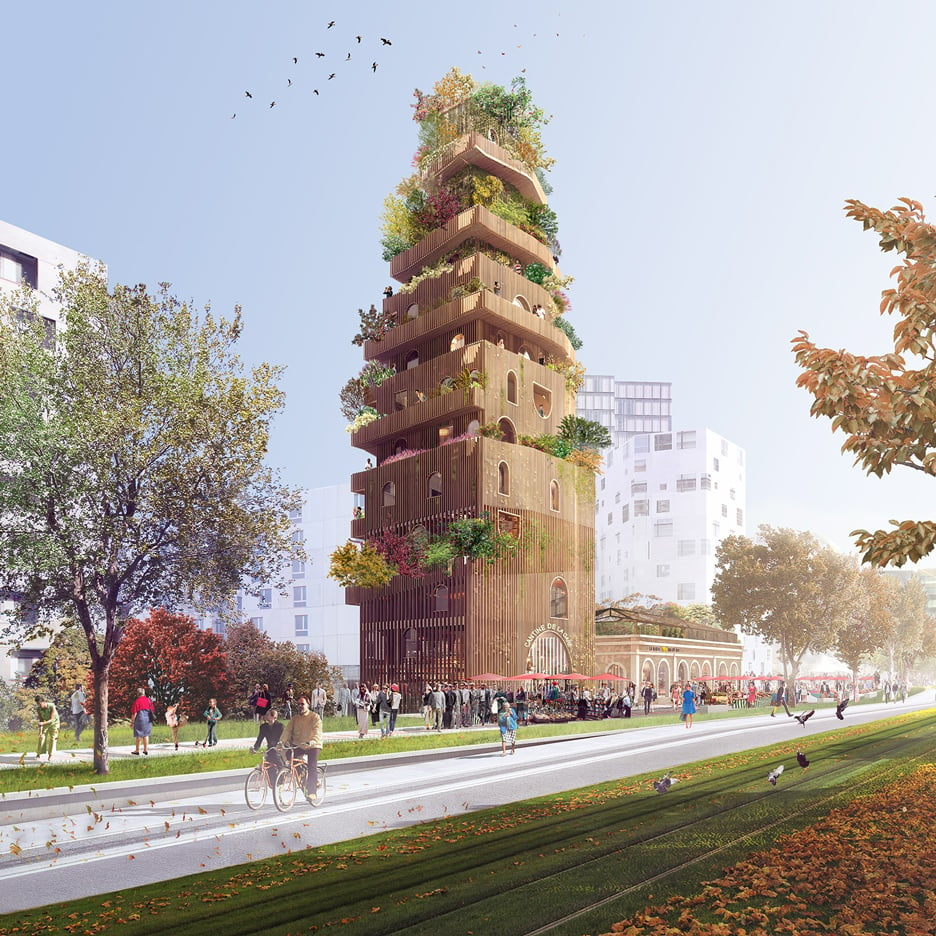 Visualisations show the structure as a huge agglomeration, made up of different sizes, types and styles of building. A similar example has already been built in the Netherlands – a hotel resembling a pile of houses.

The aim was to demonstrate how the building can combine various types of housing, as well as community facilities and retail.

"We want to create innovative properties, even condominiums, that combine accessible and top-of-the-range housing," said Marin and Trottin.

"The various apartments schemes, which generate various lease rates, will be proposed on the renting market below market prices," they added. "But still, investors will enjoy distinctive and safe profits."

The project was proposed for a plot in the Paris Rive Gauche urban development zone, one of 23 sites offered by development as part of the Reinventer Paris project spearheaded by Paris mayor Anne Hidalgo.