Jan Hendzel Studio has designed a range of wooden furnishings for a pop-up cafe at Camberwell College of Arts, forming part of the £62 million redevelopment of the southeast London campus (+ slideshow).

Hendzel created a bespoke range of stackable chairs, stools, dining tables and benches for the new Canteen coffee bar, which is equipped to serve 3,000 art students each day.

The south London studio specialises in small-batch production, and selected English ash and reclaimed Douglas fir for this project.

The temporary cafe will cater for students during a £62-million-redevelopment at the college, which is one of six schools that make up University of the Arts London, alongside Central Saint Martins and London College of Fashion.

"We pushed ourselves to innovate, and demonstrated that a high-quality bespoke design range can be delivered on a budget that is competitive with mass-produced furniture," he added. 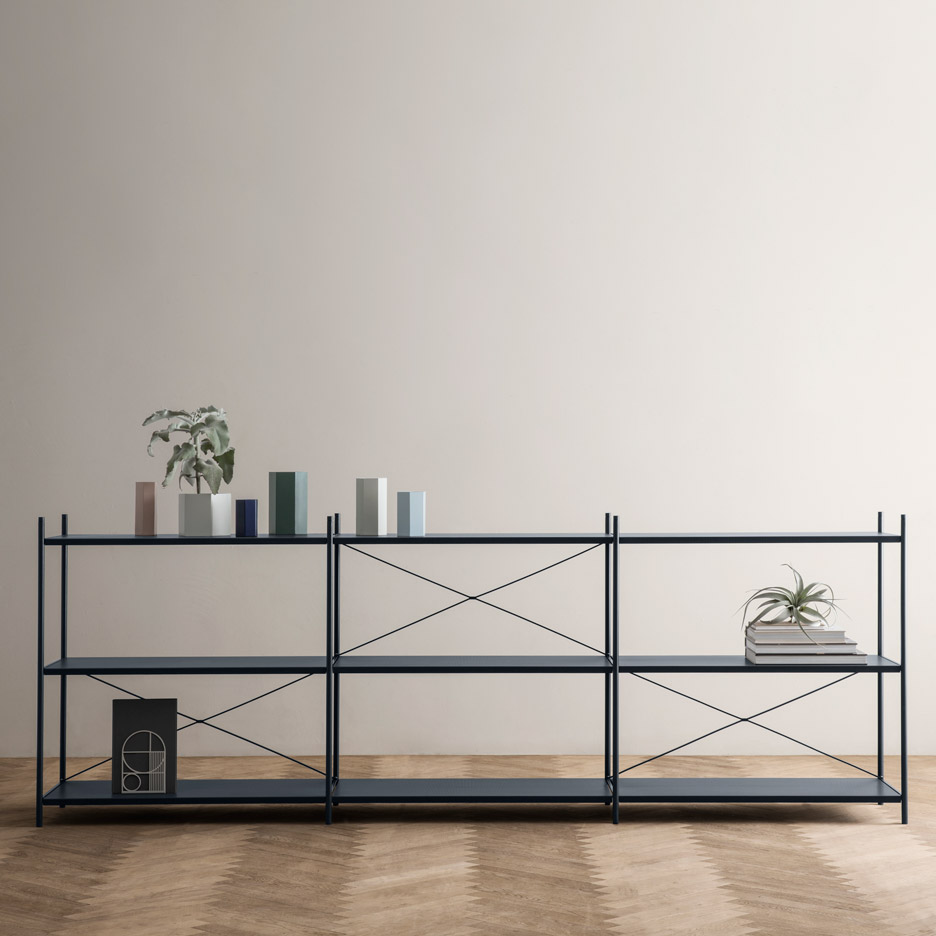 Formerly known as Camberwell School of Arts and Crafts, the school still has a strong emphasis on developing craft techniques. During the project, two students apprenticed at the studio to learn traditional joinery skills.

The wooden furnishings are locked together with tenon joints, and treated with natural oils and durable matt lacquer.

"The robustly constructed series of pieces has a unique aesthetic and character," said Hendzel. "Over time, the timbers will acquire a patina, ensuring the furniture ages gracefully."

"Bridle joints with locking through tenons are used throughout the range, and a specially designed tenon joint for the seat rest is an innovative technique that allows the A-frame design to stack without using laminated components," he added.

The pop-up cafe occupies the former reception and temporary exhibition area beside the school's main entrance. It will remain open until 2018, when the new canteen is expected to complete.

"The relationship between Camberwell, its students and Jan Hendzel Studio has produced some beautiful furniture that reflects the college's values and dedication to sustainability," he said, "while also creating a positive and attractive environment for the pop-up coffee bar which relates to the architecture of the space."

Originally opening in 1898 in a red brick building adjoining the South London Gallery – extended by 6A Architects in 2010 – the school received a new wing designed by Murray, Ward & Partners in the early 1960s.

This concrete block – which is said to be based on a radio, and which features perforated screens – is where the pop-up cafe is located.

Last year, London studio Stephen Marshall Architects unveiled its plans to add a new halls of residence and a glass-fronted building to house a lecture theatre as well as studios, a library and a gallery. The building's unique Brutalist facade will also be given a facelift.