Profile: Odile Decq has been awarded with the Jane Drew prize for promoting the role of women in architecture, but with the launch of her own architecture school, her impact on French architecture could be much wider (+ slideshow).

The Jane Drew Prize, named after the English Modernist architect who was the first woman to be elected to the Royal Institute of British Architects' council, was awarded to Decq earlier this month.

Speaking at the ceremony, which took place at Claridges hotel in London's Mayfair, Odile Decq said it was "a great honour to walk in her path".

The citation praised Decq for being "a creative powerhouse, spirited breaker of rules and advocate of equality", which is all the more remarkable for an architect from a country that did not admit women into the prestigious École Polytechnique university until 1973, and where 80 per cent of French women in the workplace say they experience sexism on a regular basis. 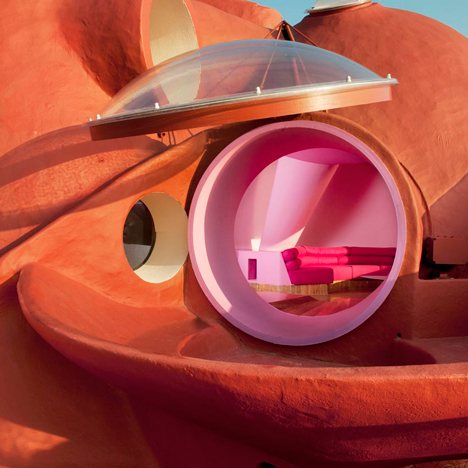 And this is not the first time Decq, 60, has picked up an award for being a strong role model for women in architecture. Three years ago she was named French Female Architect of the Year.

Born in the small French town of Laval in Brittany in 1955, she studied architecture first in Rennes and then in Paris. Her partner and husband, Benoît Cornette, had switched from medicine to architecture and was still studying when she opened the practice in 1979.

The couple made an immediate impact on the rather dull architecture scene in France in the early 1990s. Cathy Slessor, the former editor of the Architectural Review, remembers them coming into the magazine's office around that time. "They were very radical, young French goths and it was like a breath of fresh air," Slessor told Dezeen.

The studio's first big project was the Banque Populaire de l'Ouest in Rennes, won in 1988, that netted them eight awards. Christophe Egret, founder of Studio Egret West, credits the couple with bringing the high-tech language of Foster and Rogers to France, "and giving it a twist by adding the vibrancy of colour" – the lashings of deep, shocking red that Decq has used repeatedly in her buildings.

After that, more public buildings followed until Cornette was tragically killed in a car accident in 1998, when Decq was also badly injured.

People who knew them as a couple say that his death "knocked her for six". She has described working with Cornette as "enriching... one had to convince the other that something was a good idea".

Decq continued to practice but said that in the years after his death, buildings designed by her were still being credited to them jointly. She didn't change her firm's name to Studio Odile Decq until 2013, spurred she said by her portrayal in the media. "They were still referring to my work from the time I was with Benoît, and I was fed up. It was a sort of sexist attitude that didn't recognise the work solely as mine."

Despite all this, Decq said: "I enjoy so much being an architect. This is my life". She still continues to dress all in black, like a goth – a style she adopted in the 1980s after spending time in London. 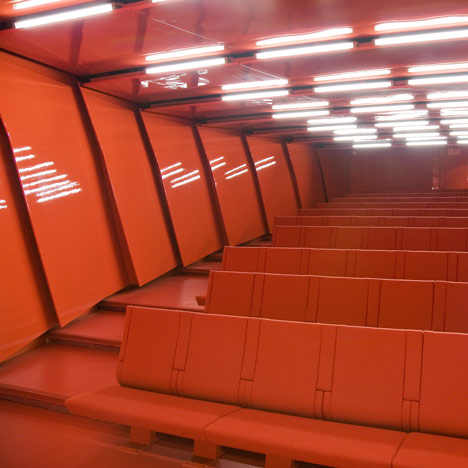 For some, this has come to define the architect more than her buildings, despite Decq having delivered a series of impressive projects, including the Museum of Contemporary Art in Rome, a restaurant for Paris' Opera Garnier and FRAC Bretagne.

A recent story about Decq on Dezeen prompted a lengthy debate about her appearance in the comments, with one reader writing: "If she were a man, we would simply discuss her work".

Another reader, who had undertaken a summer internship at Decq's studio in 2007, said her work was often overlooked and described his time at her office as "the best experience I have had in architecture".

But increasingly, Decq has been drawn to teaching, first at the Bartlett in London and then in Paris at the École Spéciale d'Architecture (ESA), becoming its director in 2007.

The privately run school had a reputation for being "old fashioned and insular" according to former students, and Decq shook it up, pulling in outsiders from Harvard and London and encouraging students to present in English.

"She has this incredibly positive attitude," recalled one of her former students, Rebecca Levy, now working as an architect in London, "but you either liked her or hated her and I liked her. She would do anything for her students".

Yet her reforming zeal also brought her enemies, and with fees rising it sharpened the split between those who supported her moves to make the school more international and the old guard, who wanted her out.

Passions ran high with demonstrations in the school's walled garden. "Students were insulting her and she was trying to defend herself," recalled Levy, who said it reminded her of the guillotining of Marie Antoinette.

If Decq's architecture has remained faithful to its high-tech roots, her decision to launch her own school mixing architectural teaching with other disciplines such as neuroscience, physics and sociology is the start of something very new.

Based in an old railway building that she has converted, the Confluence is in Lyon's former dock area, Les Confluences – the meeting place of the Rhone and the Saone rivers – where the city is spending millions of Euros regenerating with eye-popping buildings.

Decq has ploughed her own money into the school, giving it five years to succeed, according to her close friend and one of its visiting professors, Peter Cook, who founded radical 1960s architecture group Archigram.

So far, her school only has 20 students including some who have de-camped from ESA, disillusioned with the conservative regime that took over when she left.

Reaction in France has been mixed, but the school boasts an illustrious advisory board including architects Beatriz Colomina, Peter Eisenman and Sou Fujimoto, as well as Cook.

"If anyone can do it, she can," said Cook. "She's very professional and very tough but she's exhausting herself."

"It's a brave idea," agreed Nigel Coates, the British architect and designer who is chair of the new London School of Architecture's Academic Court. "And it's a quite a rarity in France, which has big lumbering institutions for the most part."

Few people have a kind word to say about architectural education in France: offering a viable alternative could well be her biggest challenge yet. But Decq's maxim – "with a little bit of talent and maximum of determination you can get a lot done" – will stand her in good stead.

1978: graduates from l’Ecole d’Architecture de Paris with a degree in architecture

1979: diploma in urbanism and planning from the Institut d'Etudes Politiques

1998: trio of buildings for the University of Nantes

2003: becomes Chevalier of the Legion d’Honneur

2004: professor at Art Academy of Vienna

2013: named designer of the year at Maison & Objet trade fair

2014: launched Confluence Institute for Innovation and Creative Strategies in Architecture in Lyon