The architecture college at Washington University in St Louis has announced it plans to prohibit students from using styrene in their models, citing health risks related to the chemical that is used to make foam boards.

The ban was reported in Student Life, an independent newspaper run by students at the Missouri university. The architecture college is housed within the Sam Fox School of Design and Visual Arts.

"The school is discussing the health concern and exploring alternative materials," dean of Sam Fox, Carmon Colangelo, told Student Life in an email. A number of architecture schools have already banned the material, he added, and Sam Fox plans to do so by next Autumn. 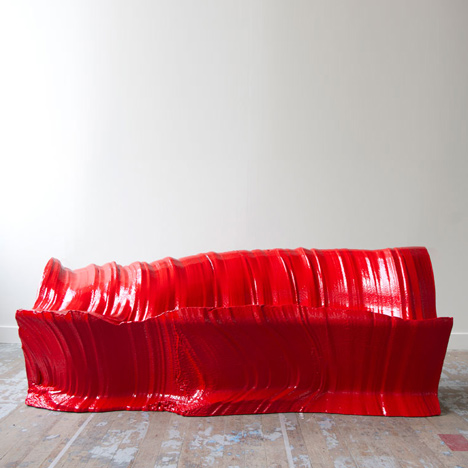 Styrene is a chemical used to make a variety of materials, including rubber, resin and polystyrene foam.

Various agencies have reported on the health risks associated with exposure to styrene, with some stating it could be a human carcinogen.

"Health effects from exposure to styrene may involve the central nervous system and include complaints of headaches, fatigue, dizziness, confusion, drowsiness, malaise, difficulty in concentrating, and a feeling of intoxication," according to the US Occupational Safety & Health Administration (OSHA).

The Styrene Information and Research Center, however, has stated that "consumers are not at risk from products made from styrene".

Polystyrene foam, commonly referred to as styrofoam, is used to make products such as takeout containers, disposable coffee cups and boards for architectural models. (When capitalised, Styrofoam refers to a specific product made by Dow Chemical.)

Dozens of US cities have banned the use of single-use polystyrene products, largely due to their inability to biodegrade in landfills.

Some students fear the styrene ban in Washington University's architectural studios will have a negative impact on their work.

"I like styrene because you can get it in so many different shapes and sizes," said undergraduate architecture student Sam Landay. "It's cheaper than wood and you can heat it to change its shape. You can do the same thing with other materials, but it's much more labour-intensive."

Architecture students typically sand, laser-cut or melt the product when creating models. The newspaper said that to join pieces of styrene, students often use a special solvent that allegedly produces toxic fumes.

Eve Bobrow, an undergraduate architecture student, said she had left the studio at times "because everyone was using styrene for their final models" and it caused her bad headaches.

Despite these health issues, she continues to use the material. "I definitely still use styrene," Bobrow said. "In fact, my last model was made entirely of styrene. People aren't penalised when using styrene, but it is definitely considered the standard."

The Association of Collegiate Schools of Architecture told Dezeen that it does not have an official stance on the use of materials in school studios.

Dezeen contacted the university and the American Institute of Architecture Students, but has not yet received a response.