Opinion: Salone del Mobile may be the official centre of the furniture business during Milan design week, but the anarchic fuorisalone is the thing that actually channels investment into the city, says local designer Eleonora Fassina.

Salone del Mobile and Fuorisalone are two sides of the same coin — Milan design week. But after years of visiting and living with both of them, I can say that only one truly transforms the city into a container for exhibitions, events and lasting international cultural exchange.

Salone del Mobile is the serious furniture fair. Restricted to professionals (laypeople can only visit on the weekend), its housed in its own city of design called Rho Fiera, outside Milan.

This mini city has a controlled air environment, red carpeted streets and flashing lights, and is populated by sweating men in starched suits and suffering women in high heels. There are lots of business cards and lunches. Visiting it as a professional can take a toll on you — even before you deal with the fact that the central axis of the exhibition space is over a kilometre long.

Fuorisalone is located in Milan proper, and the contrast is not only geographical. Only Fuorisalone has a direct impact on the actual spaces and people of Milan and creates a complete urban regeneration every year.

This is the "fun" fair — an image that is clearly reflected through the graphics on flyers and maps that recall the plan of an amusement park. Fuorisalone isn't managed or coordinated by a single organisation, but emerges organically. It is open to everyone, and it is everywhere design can be in the city. The exhibition lanes are the city streets, the pavilions are its buildings and the stands can be someone's apartment or garage.

Fuorisalone (which literally means "outside the Salone") is distinguished by its pop-up events, which are often more arty and crafty than exclusively design focused. Most important of all, drinks and aperitivi at every corner glue it all together. It can be pretty overwhelming too, but rather than planning, you have the option to let the city guide you through a series of impressions and curiosities. 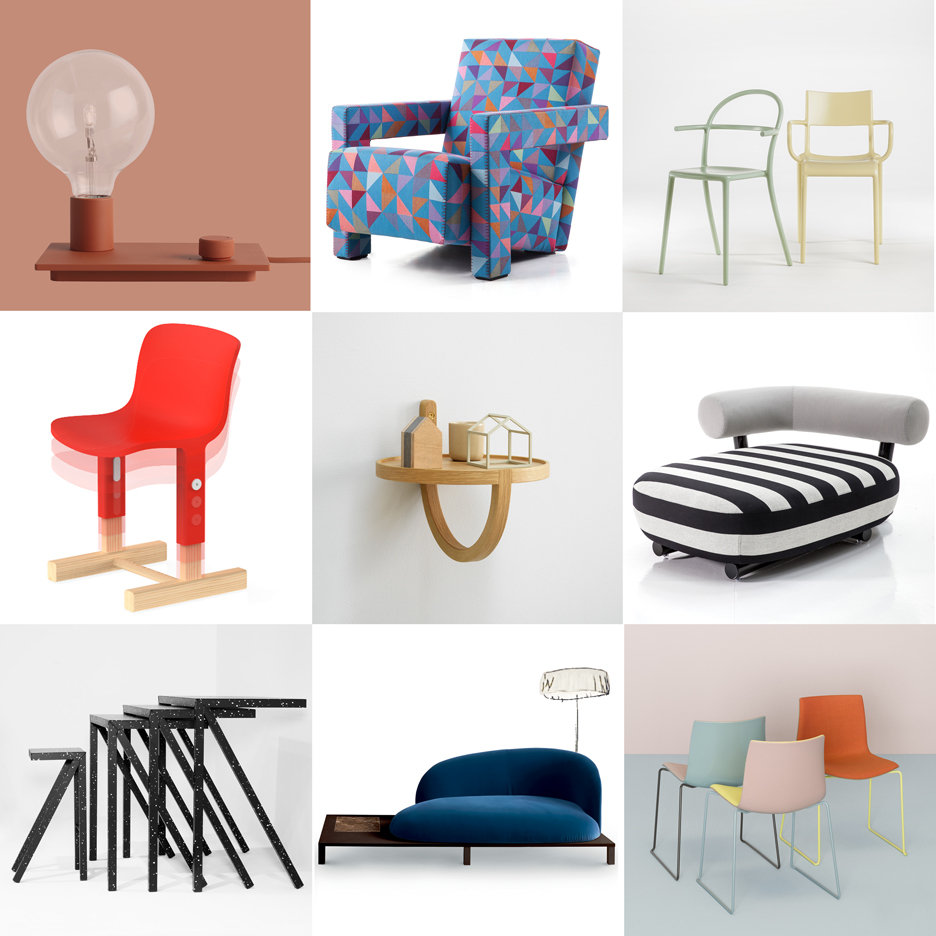 Year after year I have witnessed how Fuorisalone has transformed the city to the point of turning it into a design brand in itself: Milano Design Capital. Thanks to a long-awaited collaboration between local authorities, the furniture fair institution and event organisers, it now has its own digital platform, with common graphics and maps.

The organic success of the uncoordinated Fuorisalone is undisputed, with more than 400 events and new city areas every year competing to be declared the new design destination. Affected by the festive atmosphere, a number of spontaneous pop-up shows spring up on the side, giving everyone a chance to exhibit. The city becomes literally colonised by design according to nation. The Dutch and Scandinavians take over the Ventura Lambrate area, the French are in Zona Tortona and established Italian brands settle in the central area of Brera.

Milan's architecture becomes an exhibition object in its own right

Every year new buildings are encouraged to host a design exhibition and open their gates to the public. Fuorisalone has thus become the perfect excuse to refurbish old gems and rediscover forgotten architectural styles around the city. More often hidden behind gates and flourishing vegetation, the architecture becomes an exhibition object in its own right, letting flocks of people penetrate its usually secret structure.

This is the perfect opportunity for urban spaces to undergo a total metamorphosis. The greasy garage becomes a wannabe showroom, my confirmation church moonlights as a design stage, and at the falegnameria di via Palermo, the legendary carpenter puts away the sawing machines and gives over the space to design. Sometimes entire streets become exhibition spaces, lending their sidewalks to large-scale design objects that cannot go unnoticed.

And the more the container is in contrast with the design content, the better it highlights its details, its fragility, its beauty. When placed outside of their usual context (showroom, furniture fair), design objects are made edgy and crisp by contrast, suggesting that design is best exhibited where it's not supposed to be. In return, the object gives a new life or a different role to the space, suggesting new ways of using it. 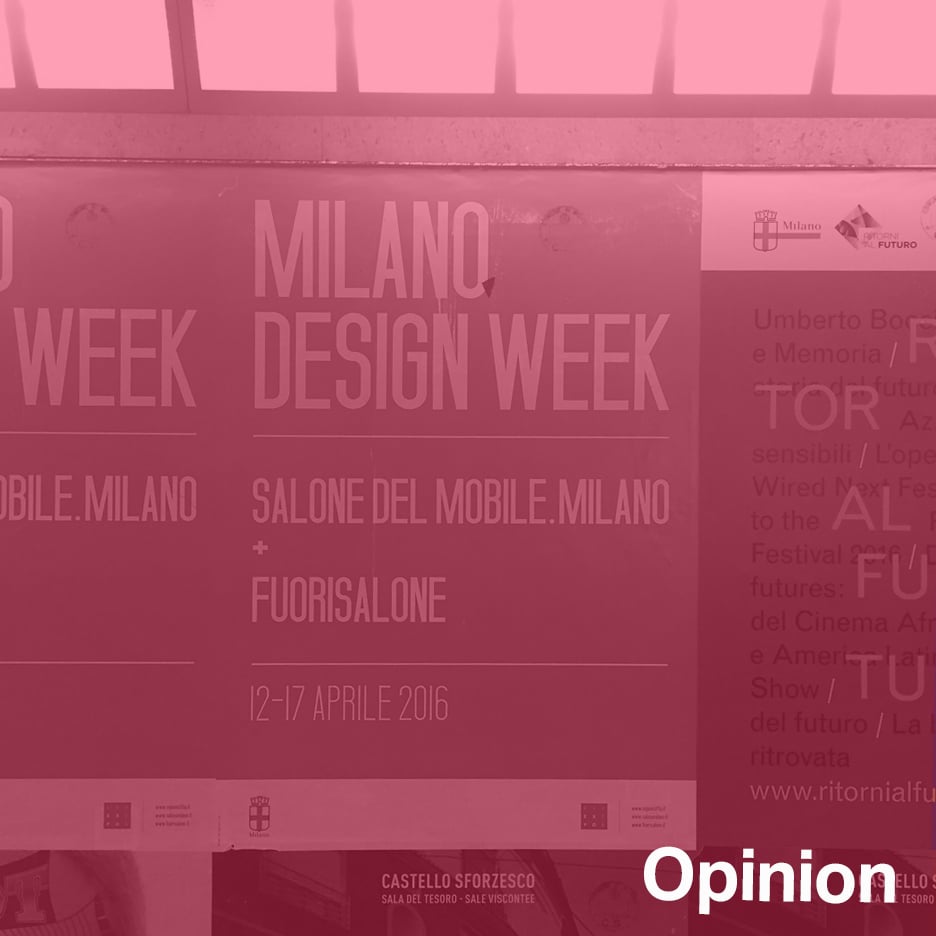 What is left after the show? The carpenter restores the cutting machines. The garage returns to its regular customers and business hours. The churchyard is swept and made ready for the next confirmation. But while some transformations might only be temporary, others will stay and redefine entire areas of the city, activating spaces that will be used throughout the year.

As a born and raised Milanese, I feel like saying that Fuorisalone, the alternative fair, is not just about design. It's about relationships between container and content, between people, objects and spaces. It is about creating the right vibrations.

When placed outside of their usual context, design objects are made edgy and crisp by contrast

During a very specific period of time, design is allowed to take over private and public spaces of Milan, making them accessible and attractive to everyone. It engages people because it enters the spaces of their everyday lives and makes them curious about finding design, like a game of hide-and-seek.

This mechanism creates a resonance in the city that is totally missing at the actual furniture fair. Salone del Mobile, the official fair, in its protected environment outside the city and away from the people, is a design bubble.

It is, as Brian O'Doherty writes in his book Inside the White Cube: The Ideology of the Gallery Space, "a ghetto space, a survival compound, a proto-museum with a direct line to the timeless, a set of conditions, an attitude, a place deprived of location, a reflex to the bald curtain wall, a magic chamber, a concentration of mind, maybe a mistake."

Eleonora Fassina is an architect at Danish firm Vandkunsten. Born and raised in Milan, she studied architecture at Politecnico di Milano and previously worked as an interior designer for Italian firm SixPlus Architetti, as well as companies in Berlin, London and Copenhagen.