Architect Rafael Viñoly has sent Dezeen a public letter apologising for comments he made about the interior design of his supertall New York skyscraper.

"In the context of what we understood to be a private and off-the-record conversation, I expressed frustration, inartfully, about the consequences of my profession's diminished position in the real estate development eco-system," said Viñoly.

"Sometimes I get a little excited and say things that can easily be taken out of context and stripped of their humour. I have to improve."

Viñoly had spoken about issues with the interior design of the 425-metre-tall 432 Park Avenue skyscraper during a talk hosted by real estate brokerage Douglas Elliman at the building last week. 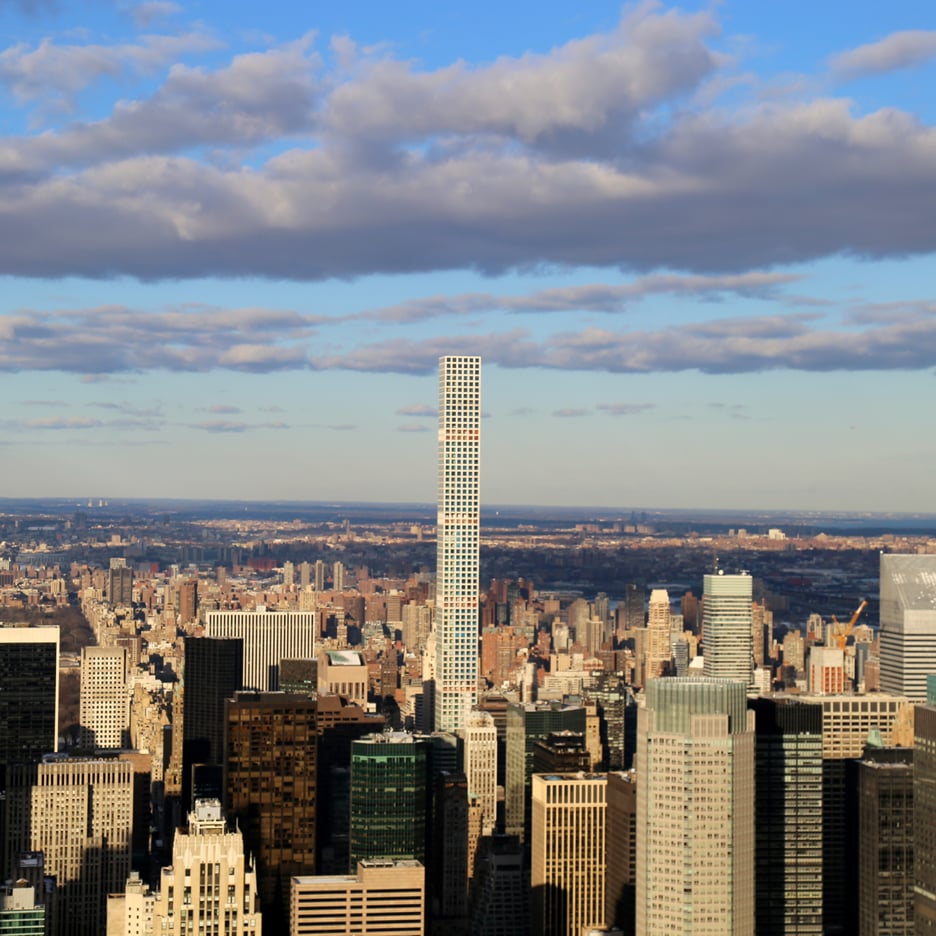 He said that the residential building on 57th Street, which is the tallest in the Western hemisphere, had some "screw-ups". These included the framing of the windows and elements of the interior design and layout by Deborah Berke Partners – the New York firm founded by Yale School of Architecture's new dean.

The building's developer Harry Macklowe – a friend of the Uruguay-born, New York-based architect – paid $440 million for the Drake Hotel in 2006.

He demolished it a year later to make way for the skyscraper, which has been developed in partnership with New York real estate firm CIM Group.

"Part of the fun of an evening like the Douglas Elliman event last week is in relating anecdotes and banter about the collaborations that made 432 Park possible, my working relationship with Harry, and developers in general," said Viñoly in the letter sent to Dezeen.

"Harry is a dear friend, CIM is a great organisation and 432 Park is without a doubt our most significant contribution to the New York City skyline; its success is testament to a symbiotic and positive relationship between architect and developer."

Viñoly's comments from the event were first reported by the New York Post, which also published statements he made about Pritzker Prize-winning architect Christian de Portzamparc's One57 tower on 57th Street.

"What is the name of that building by that French guy? It would have been better without all that glass. I think it is an absolutely horrendous building," he said.

432 Park Avenue is the tallest of a new wave of super-skinny towers and condominiums that are being built by famous architects around Manhattan.

The tower's first condominium, located on the 35th floor, was sold in late December for $18 million (£12 million). It has an exposed concrete structural frame, which enables column-free interiors. Several open floors enable wind to pass through the building.

The regular grid of windows was the source of one of Viñoly's frustrations, due to the depth of the frames on the interior, which he felt was a waste of space.

The height of the building has made its addition to the city skyline controversial. New York architect Steven Holl described the "ultra thin spire" as being part of the architectural expression of growing inequality in the city.

It is not the first time Viñoly has found himself at the centre of controversy. After his Walkie Tower in London melted a car on a nearby street in 2013, Viñoly admitted he knew its curvy facade would focus an intense beam of sunlight and said "we made a lot of mistakes with this building".