The 42-storey tower will sit on the corner of 39th Street at 685 First Avenue, a few blocks south of the United Nations headquarters.

Unlike most buildings by Pritzker Prize-winner Meier, which include the Barcelona Museum of Contemporary Art and the Getty Center in Los Angeles, the tower will feature black frames and dark glass.

The monolithic block will comprises 828,000 square feet (76,900 square metres) and include 556 apartments, split into two-thirds rental properties and one-third condominiums. 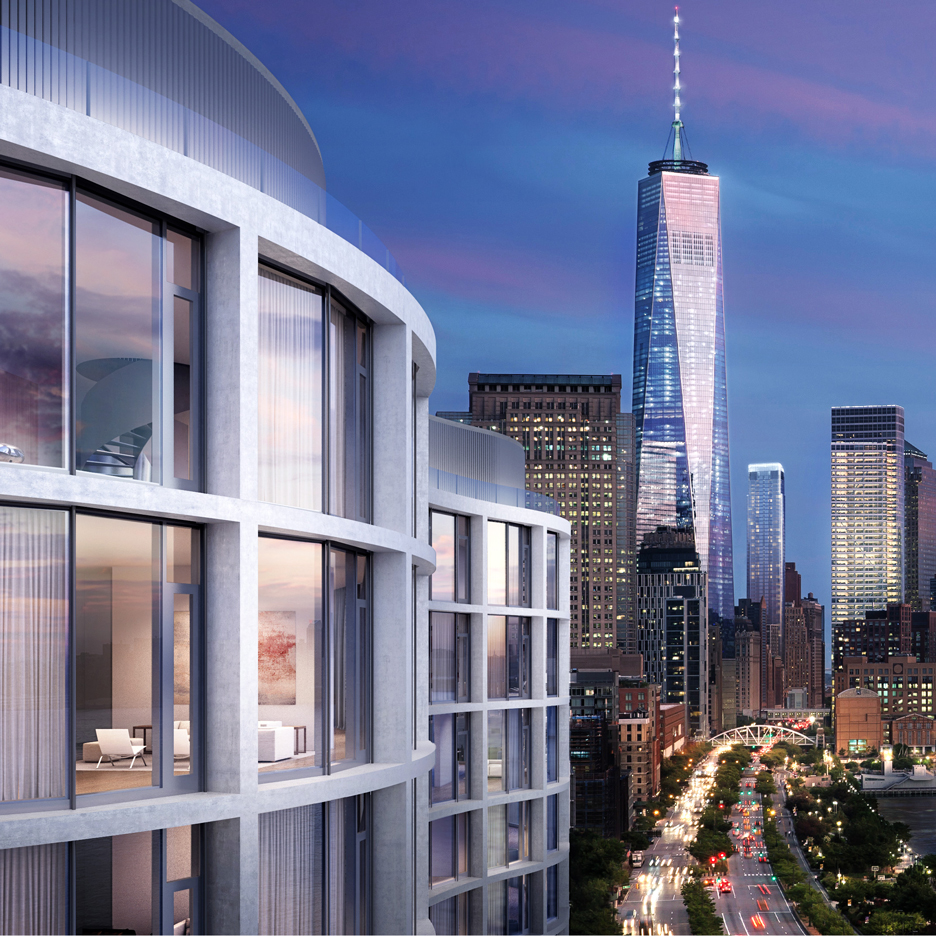 A terrace will cut into its cuboid form just over halfway up, but other details about the project are yet to be released.

Construction has already started on 685 First Avenue, with completion set for 2018.

The project originally formed part of his extensive $4 billion (£2.8 billion) redevelopment of the East River waterfront, but he has slowly sold off portions of the land to other developers in recent years.

On one of the sites further south down First Avenue, work is underway on two bent apartment towers by SHoP Architects that will be joined by a skybridge.

In 2015, Meier created a private museum and library in New Jersey to house his vast collection of models, sculptures, paintings and books.

He has since completed his first project in South Korea – a hotel that conforms with his usual white and glass palette.

Meier described his love for white during his acceptance speech for the 1984 Pritzker Prize.

"White is the most wonderful colour," he said. "White conventionally has always been seen as a symbol of perfection, of purity and clarity."

Other projects that demonstrate his fondness for the colour include a Corian-clad members club in China and a 163-metre-high skyscraper under construction in Taichung.