Zurich-based Kerez created the project, named Incidental Space, for this year's Swiss entry to the Venice Architecture Biennale to raise "controversial questions" about how architecture is produced and experienced.

Two openings in the craggy fibre-cement form allow visitors to clamber inside the space, which – while completely artificially formed – alludes to structures found in geology and anatomy.

The ambivalent form intentionally leaves the structure open to wide interpretation, Kerez told Dezeen during a preview of the pavilion.

"What we were looking for here is an openness in terms of meaning; it's not a symbolic space, it is not a referential space, it allows you to initiate a pure encounter with architecture," he said.

"In this sense, we were much more interested in raising questions than in giving any statements on architecture."

Kerez sees the same significance in the Biennale's 2016 promotional image, which show a woman standing on a ladder in the middle of a desert.

"I would say there this project fits perfectly because it offers this ladder and a new perspective for architecture," he said.

The irregular, knobbly form of Incidental Space originates from a small model built from sugar and dust, and then cast in plaster. 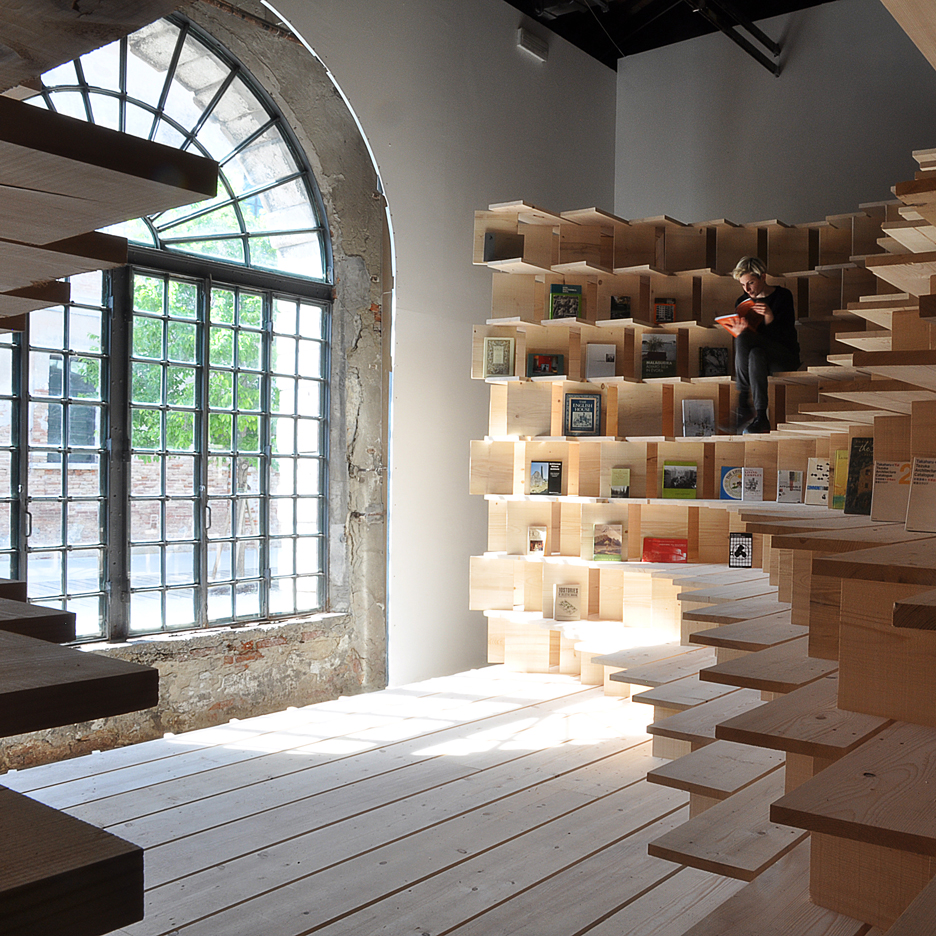 The full-scale version is made from panels of sprayed fibre cement with a thickness of just two centimetres, and finished using plotting and milling techniques to replicate the form of the model.

The entrance hall to the room is lined in huge black-and-white prints of some of the models and renderings used by Kerez to envision the finished piece.

While he also used digital models in combination with virtual reality headsets while developing the form, Kerez said that these tools are not a substitute for physical modelling.

"It was a combination of a physical model and also a very refined technology, and if you look at the result it is both very sophisticated but it's also very primitive," he said.

Swiss architect Peter Zumthor told Dezeen that this year's biennale is seeing a resurgence in handmade architecture over digital processes like 3D printing and robotic fabrication, and pointed to Kerez's structure as an interesting example of combining craftsmanship with digital processes.

Photography is by Oliver Dubuis, unless otherwise stated.