Venice Architecture Biennale 2016: a team of architects and academics has created a room of architectural evidence from Auschwitz that shows how the Nazi concentration camp was purposefully designed as a killing facility (+ slideshow).

Located inside the Central Pavilion at the Venice Architecture Biennale, the Evidence Room contains a series of casts and full-scale replicas of Auschwitz's homicidal gas chambers and huge incinerators.

"This is evidence of the worst crime ever committed by an architect," explained University of Waterloo professor Robert Jan van Pelt, who curated the exhibition with fellow professors Donald McKay and Anne Bordeleau, and arts producer Sascha Hastings.

"This is the worst thing an architect has ever done – it is the baseline of evil in architecture," he told Dezeen.

The exhibition stems from a famous libel case mounted in 2000 by Holocaust denier David Irving, during which the defence had to provide evidence that the genocide had happened.

Van Pelt appeared as an expert witness in the trial, carrying out a forensic interpretation of architectural drawings and documents from Auschwitz that had been sourced from archives all around the world.

For the exhibition, the curators worked with a team of University of Waterloo students to create white plaster casts based on these documents. They also constructed replicas of some of the architectural elements. 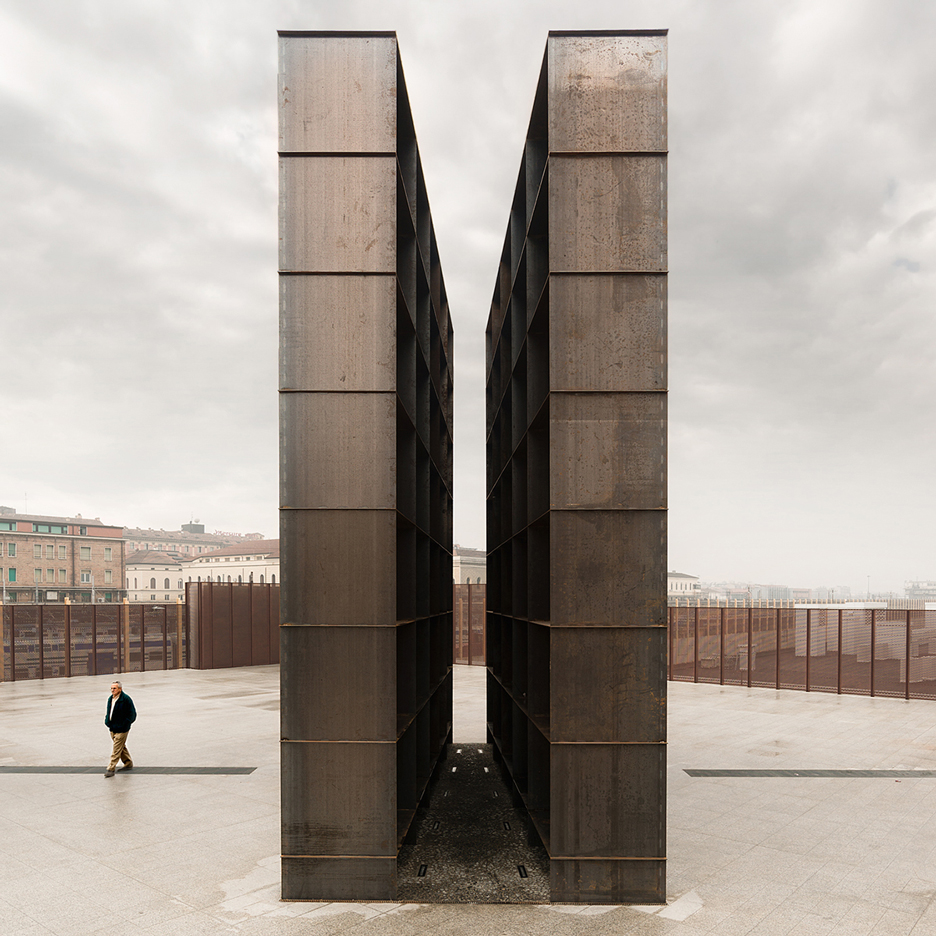 These include a gas column and gas-tight hatch, both used to pump deadly Zyklon B into the gas chambers, and a door that was used to lock the prisoners in.

"This is the evidence of a monumental murder, so it seemed important to confront these things full-scale," said McKay.

"The two sides of the door are eloquently different; there is no handle on one side, and the only peephole is covered because it was being smashed at by those being murdered," he explained.

"The gas column made it possible to murder 2,000 people a day, clean out the murder room, and put another 2,000 in the next day, and it was designed by an architect."

The drawings – all "proudly signed by architects" said McKay – line the walls of the exhibition space, while the replica elements are arranged on either side of a central walkway through the space.

The intention, explained the curators, is that visitors can choose to face the evidence or ignore it and walk through.

The Evidence Room opens to the public this weekend as part of the Venice Architecture Biennale, which runs until 27 November 2016.

The theme of this year's event, selected by curator Alejandro Aravena, is Reporting From the Front – a bid to encourage architects to address some of the most important global issues.

Other projects on show inside the Central Pavilion include a meditation room and a rammed-earth structure.