Swiss firm Herzog & de Meuron has released a full set of images of the Vitra Schaudepot – a new gallery for the permanent collection of the Frank Gehry-designed Vitra Design Museum in Weil am Rhein, Germany (+ slideshow).

Opening this week, the gabled brick building presents the first permanent exhibition of the Vitra Design Museum's vast collection, which includes over 7,000 pieces of furniture, and the estates of designers such as Verner Panton and Charles and Ray Eames.

The bulk of the collection is stored in a basement, which originally sat beneath a sawtooth-profile factory building.

Herzog & de Meuron has replaced this old industrial building with the new exhibition hall, which presents a curated selection of designs.

It becomes the firm's second building at the Vitra Campus – the ever-growing headquarters of the Swiss furniture brand, which also features architecture by Zaha Hadid, Tadao Ando and SANAA.

The original brief from Vitra head Rolf Fehlbaum was to create a simple underground extension to the basement. 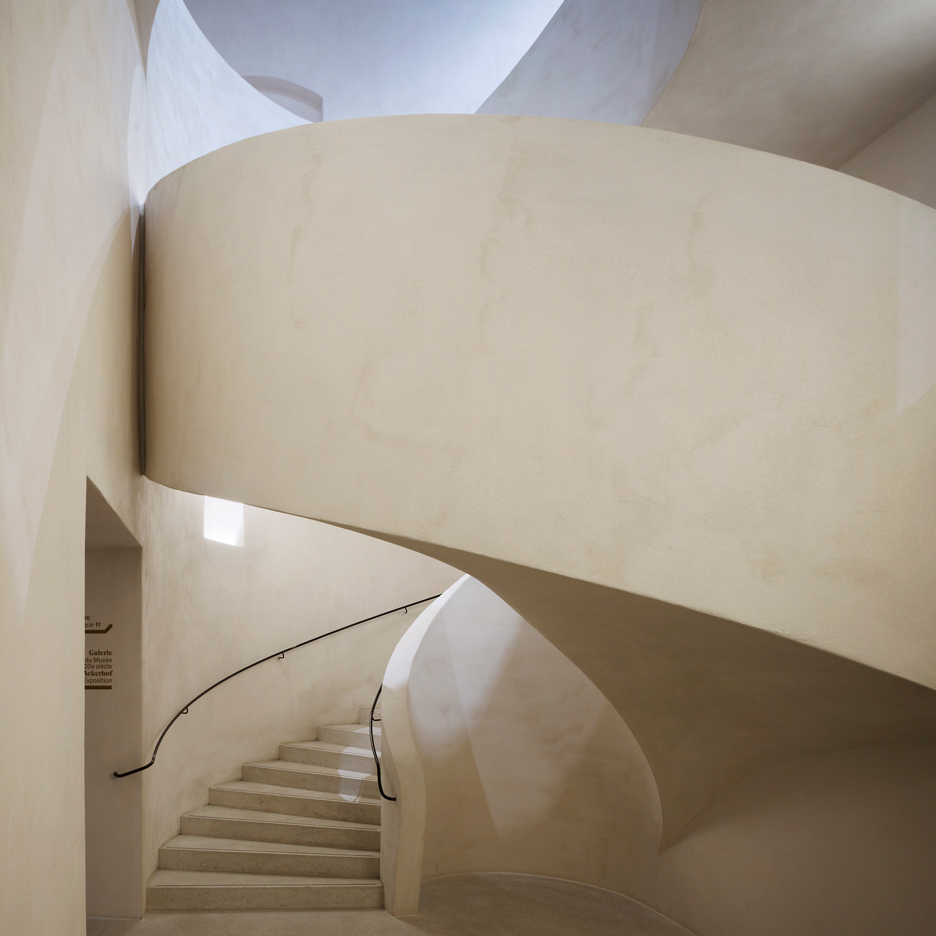 According to Herzog & de Meuron, Fehlbaum didn't want to making any new architectural statements on the Vitra Campus, particularly in the wake of the financial crisis. But the architects convinced him that an above-ground facility would be less costly.

They eventually settled on a very straightforward design – a gabled building with brickwork walls, a slender roof and simple windows.

The bricks have very little variation in tone, giving the facade a uniform red colouring. But they are made by hand rather than machine, creating a subtle texture that the architects describe as a "unique fracture pattern".

The house-shaped appearance is creates a relationship with the firm's first building at the campus, the VitraHaus, which comprises a vertical stack of volumes mimicking the region's typical gabled houses.

Comparing the two projects, studio co-founder Jacques Herzog describes the VitraHaus as "iconic and visible from afar", while the Schaudepot "bears practically no traces of its makers".

"The Vitra Campus is characterised by its architectural diversity, which reflects Rolf Fehlbaum's insatiable curiosity and love for contemporary architecture and design," he said.

"[The Schaudepot] was in fact originally planned as an underground warehouse, without any form of architectural expression," he added.

"Together with Rolf Fehlbaum, however, we finally opted for an archetypical architecture that reveals little of its origin: its period or the architects behind it."

The exhibition hall showcases more than 400 examples of furniture design from 1800 to the present.

A large horizontal opening in one of the walls revealing the existence of the basement level below, accessed via a staircase. Here, four large windows allow visitors to peep inside.

The building also includes an exhibition space for temporary exhibitions, a cafe and a shop, as well as a new entrance to the museum.

"Visitors arriving from the train and tram station nearby will be greeted in future by a slightly raised, generously spaced plaza with the entrance to the Vitra Schaudepot and the adjoining Depot Deli," said Andreas Fries, the partner in charge of the project.

"The campus is thereby opened up further and integrated even more closely in its local context."

The Vitra Campus is located on the German side of the border shared with Switzerland and France. As well as cultural amenities, it accommodates Vitra's production and warehouse facilities.

Other recent additions to the campus include an office furniture showroom by London architect Pernilla Ohrstedt and Los Angeles designer Jonathan Olivares, and a cross between a viewing tower and a helter skelter by German artist Carsten Höller.

More at the Vitra Campus