London and St Louis-based design studio Kiku Obata & Company is overseeing the redevelopment of an ageing downtown district in the US heartland, in a rural town where big-box stores have taken over (+ slideshow).

The studio is helping revive the historic central business district of Mount Sterling – a town with 2,000 residents in Brown County, Illinois, which was founded in the mid 1800s.

It has overseen the implementation of various projects, including the renovation of historic buildings, the restoration of a water tower, the preservation of the post office's facade and signage, and a lighting scheme for the old courthouse.

"The process began with a comprehensive study of Mount Sterling's history, built environment and existing plan, as well as the local economy and demographics to determine redevelopment opportunities," the studio said.

Similar to many towns in the US, Mount Sterling's urban core has declined over the years as large retailers have emerged in outlying areas.

"Mount Sterling is representative of the plight facing many rural towns in America, where maintaining a historic, pedestrian-friendly town centre requires a great deal of investment and a thriving local economy," said Kiku Obata & Company, a consultancy specialising in graphic and environmental design.

"In many cases, these historic towns fall into disrepair, with historic buildings left vacant for years."

Mount Sterling maintains a high employment rate due to the presence of Dot Foods, the region's largest employer.

The firm describes the area as "quiet and peaceful with a beautiful stock of historic buildings".

"Our team spent almost a year visiting Mount Sterling, talking with citizens and working together with business owners, makers and local government officials to identify priorities and the sorts of initiatives that would have the most value for residents," said the studio.

Their efforts resulted in a scheme called the Redevelopment Blueprint, which provides a detailed strategy for a phased revitalisation spanning a 12-year period. 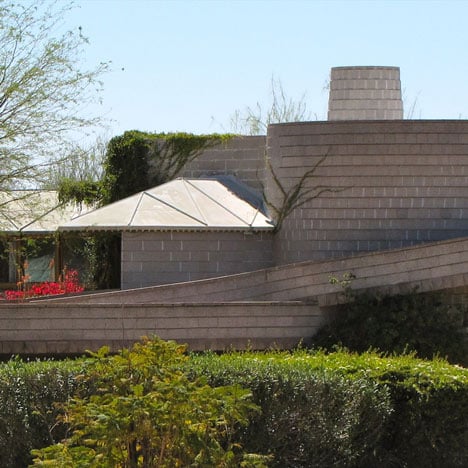 The studio identified buildings that could be restored and proposed new interventions "within the grain of the historic buildings".

It also suggested ideas for public spaces, the streetscape, transportation and parking, community programs and retail and business development.

Local community groups were engaged throughout the process. "From the beginning, these groups were instrumental in organising community initiatives," the designer said, noting that they spearheaded events such as craft fairs, farmers' markets and a fall festival.

"While many planning initiatives take a top-down approach that often alienates local residents through gentrification or requires significant funding, we approached this project as a collaborative and iterative effort," the designer said.

The studio led an effort to obtain grants to fund the first series of projects and oversaw work on them, including renovating the vacant Hagel building, one of the oldest buildings in town, and creating leasable space within for a new restaurant.

The studio has begun renovation of historic buildings on Main Street to be used for retail, and it designed a new building that houses an independent food market. "These first projects have been instrumental in gradually bringing activity back to the town centre," the studio said.

It is continuing to work with a town steering committee to implement the Redevelopment Blueprint over the next decade, as funding becomes available.

"The project is an example of how a small community with the help of an invested design partner can bring about appropriate and meaningful improvements to their town," the studio said.

Photography is by Mike Sinclair.