Kapoor worked with director Daniel Kramer on the opera, which composer Richard Wagner finished in 1859.

The artist – whose ArcelorMittal Orbit sculpture in London reopens this week with an added 178-metre-long slide – designed a set that changes for each of the three acts.

In the first act, as the characters sail to Cornwall, an arrangement of four triangles that meet at their apex is meant to invoke the sails of a ship's mast.

It is then replaced by a craggy grey structure that hangs over the stage like the moon and contains platforms for the performers to stand on as they act out the lovers' clandestine meeting.

Kapoor also designed the production's lighting, which dramatically changes the appearance of the physical sets throughout the work. In the final act, a scrim and red lighting transform the stage in time for the bloody climax. 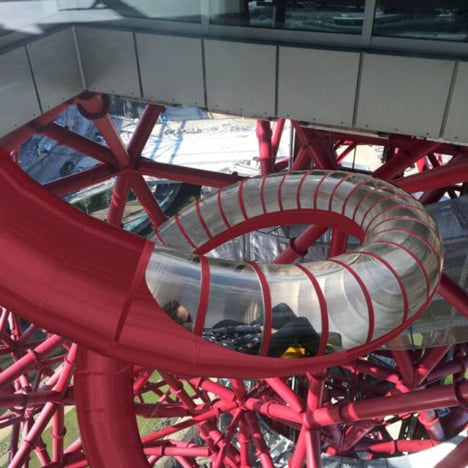 Kapoor told the Guardian that inspiration for the design struck him while watching an earlier production of Tristan and Isolde, directed by Christof Loy, in 2014.

"That production made me think – how do you make two perfectly ordinary human beings superhuman?" he said. "They could all be on stilts. Or one can put them in situations which speak to their heroic nature. That's what I've tried to do."

"That is what making a set for opera is all about – encouraging one to suspend disbelief, or rather encouraging belief in the unbelievable."

Tristan and Isolde is largely based on the romantic story by Gottfried von Strassburg, itself an adaptation of the medieval legend Tristan and Iseult.

In it, a knight falls in love with the princess he has captured for his king, and their passion is such they can't stay apart.

Kapoor, who was born in India, is known for his large-scale sculptures, including the 114.5-metre-tall ArcelorMittal Orbit in London's Queen Elizabeth Olympic Park, which will reopen to visitors on Friday 24 June with the addition of a slide by Belgian artist Carsten Höller. It is set to be the world's longest and tallest tunnel slide.

The artist has recently been granted exclusive rights to the revolutionary Vantablack pigment, said to be the blackest shade of black ever created.