Zhang's Mining Dust project explores the potential of recycled waste powder collected from a large mineral mining quarry in Quyang Town, part of Baoding City in the province of Hebei.

Hoping to improve air quality by capturing the mined marble dust, Zhang developed a method of mixing it with pine resin and natural local pigments.

This resulted in a tough material that could be utilised by local makers, industries and communities.

"Mineral mining has become one of the largest industries in the area due to its rich mineral resources," said Zhang. 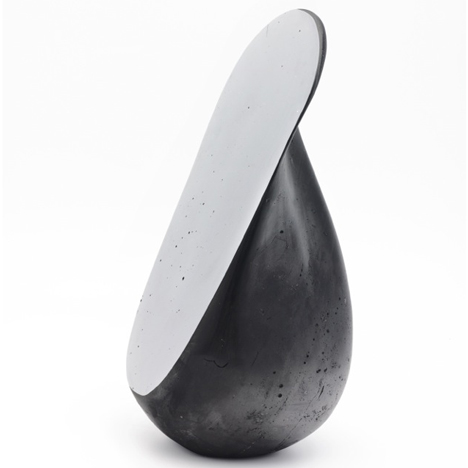 "However, as one of the largest quarries and stone working industries in China, the area generates prolific amounts of dust."

While the industry has provided many residents with jobs, the stone dust has a detrimental effect on air quality and people's health.

According to Zhang, residents in the surrounding towns and villages are often on low-income wages and receive little to no healthcare support, resulting in untreated long-term health issues from the dust pollution.

Waste material from the mining and cutting of marble has also been used by Italian designer Francesca Gattello, who created a range of simple homeware.

Zhang's project was on show as part of the MA Material Futures exhibition at the Central Saint Martins 2016 graduate show, which takes place at the Granary Square campus from 22 to 26 June.