Encompassing one million square feet of apartment units (92,900 square metres), the Rheingold Project will take up two full city blocks on the site of the former Rheingold Brewery.

"Over the pair of New York city blocks that encompass its footprint, ODA's superimposed something more like – and, in fact, inspired by – the quintessential European village," said a statement from the studio.

The development is planned around a series of interconnected courtyards that break from the area's strict street grid. 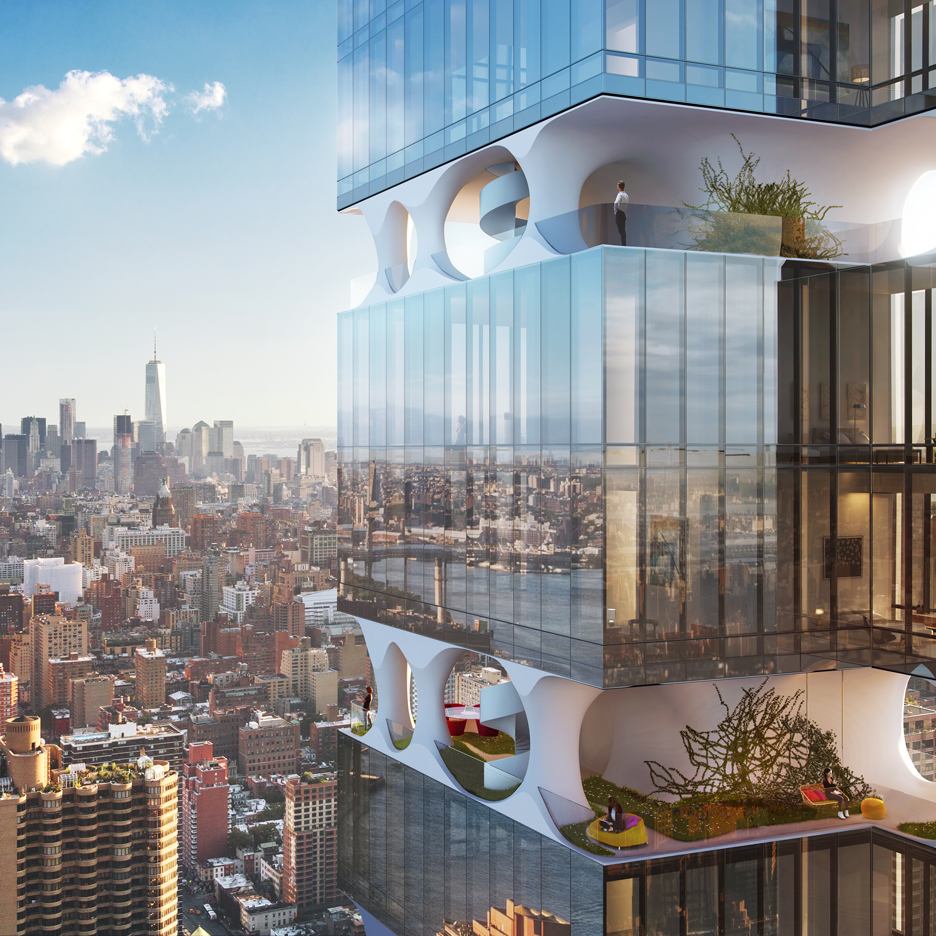 The buildings vary in height between eight and nine storeys. They present brick facades to the street, with diagonal elements crossing square windows, while glazed walls and balconies face the courtyards.

Rooftop facilities will include an urban farm where tenants can grow and harvest fresh produce on site.

Located east of trendy Williamsburg, where ODA is also building three glass towers on the waterfront, Bushwick is currently home to a largely young creative community.

But the area is experiencing rapid gentrification as professionals and middle-class families are priced out of other parts of Brooklyn, but still require the transport links to Manhattan.

ODA referred to the development, which includes 20 per cent affordable housing, as "Bushwick II".

"The project is truly a city within a city," said ODA founder Eran Chen, "a culture in and of itself, and a project that we hope will continue to challenge all the expected sacrifices of urban life."

The firm has designed 45 buildings in New York City since it was founded in 2007. Its recent proposals include a residential tower for Manhattan that features open-air terraces between the floors.

Elsewhere in Brooklyn, which has seen a boom in architecture and design jobs over the past few years, Foster + Partners has proposed a development of offices and creative workspaces.

But the residential trend across the borough appears to be for small-scale extensions and additions to townhouses. Examples include two boxy volumes clad in vertical slats of burnt wood and a micro studio in a backyard.