An Italian consumer group has accused Bulgarian artist Christo of wasting taxpayers' money, because of the costs of managing his floating installation on Italy's Lake Iseo.

The organisation Codacons has called The Floating Piers "an unreasonable waste of public money", according to reports, and is filing a complaint to the Lombardy region's spending watchdog this week.

The group that claims cleaning up after the tens of thousands of visitors, as well as ensuring their safety, has come at a huge price.

"We want to know how much taxpayers' money has been spent on a project which, until now, seems to have generated enormous publicity for the artist without bringing direct benefits to local entities and citizens," the organisation told AFP, according to Art Daily.

Christo created three kilometres of saffron-coloured pathways to temporarily connect the shore of Lake Iseo to islands at its centre.

He created these piers by draping shimmering orange-yellow fabric over a modular system of 200,000 high-density polyethylene cubes. Each walkway measures 16 metres wide and rises approximately 50 centimetres above the water. 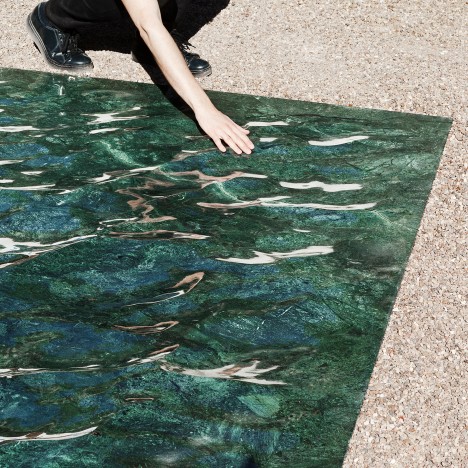 The eight best outdoor installations to see this summer

The Floating Piers opened to the public on 18 June 2016. Organisers expected the installation to attract 500,000 visitors across its 16-day run, but it had already seen 270,000 by the end of day five, according to AFP.

As a result, the original 24-hour opening period has been reduced to just 18 hours, because the fabric is wearing out faster than expected. It is now closed for maintenance between midnight and 6am.

The 81-year-old artist – whose full name is Christo Vladimirov Javacheff – is renowned for the large-scale fabric installations he created with wife, French artist Jeanne-Claude, who died in 2009.

Together they wrapped Berlin's Reichstag building in material, and strung 39 kilometres of fabric between giant posts across California. Their last large-scale project was The Gates – 7,503 nylon gates installed around New York's Central Park in 2005.

The construction of The Floating Piers is funded entirely by the sale of Christo's original works of art. After the 16-day run, all of the components will be removed and industrially recycled.