Each of the designs in the Laboratory 12 range conceals a secret function, like a Geiger counter, recording device and DNA swab.

Hall combined traditional shoemaking methods with 3D-printed components to design the sandals, boots and high heels in the range, which is on display at the London College of Fashion's Fashion Space Gallery.

The Zersetzung platform sandals are "activated" via text message and contain an atomiser that emits an unpleasant smell. The shoes feature black and white straps made from horse and goat fur, and according to the designer are intended to "disconcert the wearer".

The Kompromat boots conceal a gunpowder fuse in the heel, which can be detonated wirelessly using a dummy soft drink can.

"This pair of shoes is not intended to hurt anyone wearing them or standing in the vicinity; instead they are designed to place the wearer in a compromising situation in which the potential of being arrested or questioned is increased," said the designer, who previously designed footwear that represented the various stages of life. 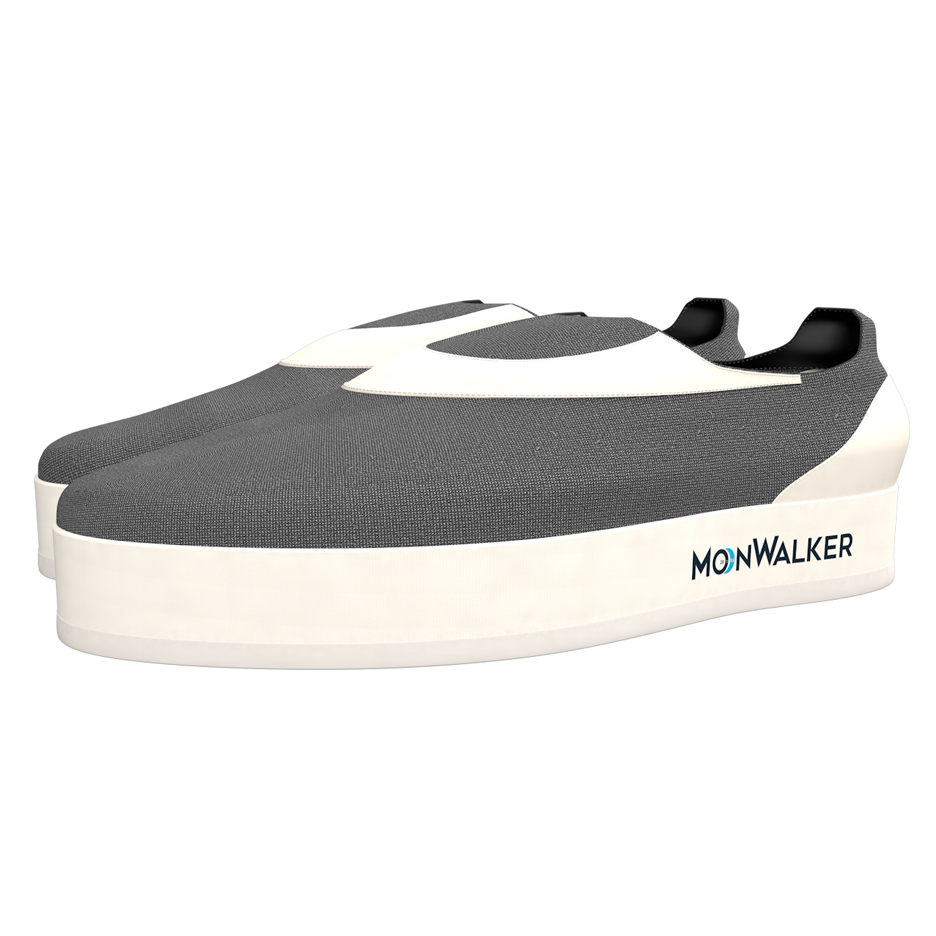 Magnetic trainers recreate sensation of walking on the moon

The Laboratory 12 collection's Geiger sandals are based on traditional Japanese Geta – wooden clogs that are raised off the ground.

Hall's interpretation includes a separate leather sock and an accompanying makeup case that connects to a monitoring system in the shoes' chunky platform soles.

This measures surrounding levels of radiation and alerts the wearer via a vibrating strap and an LED screen embedded in the makeup case.

Hall's knee-high Chapman boot has a listening device housed in the heel, and can connect to a phone anywhere in the world to record sound from a four-metre radius.

The Lastochky boots similarly conceal extra functions in the heel, which features a DNA swab that the designer suggests could be used to covertly obtain samples to blackmail those in positions of political influence.

The Bespredel resembles a classic man's shoe but features a decorative, 3D-printed scorpion's tail. The heels of the shoes can be removed and reprinted to precisely fit different wearers, as a comment on "modern notions of bespoke shoe making".

Hall's Krysha boots feature a hidden silk segment that can expand like an accordion, transforming the shoes into thigh-high boots. The shoes are named for Russian criminal slang refering to the practice of paying those with political and mafia connections for protection.

The digitally printed silk features an inventory of crimes committed, allowing the wearer to "activate emergency Krysha" by unrolling it.

Hall designed the range as part of a residency at the Fashion Space Gallery. The collection will remain on display there until 16 July.

Photography is by Levin Haegele.