A condemned structure on a New York beach has been transformed into an artwork using brightly coloured spray paint by German artist Katharina Grosse (+ slideshow).

The intervention – titled Rockaway! – envelops the aquatics building at Fort Tilden, a former United States Army base on the Rockaway Point peninsula at the southwest tip of Queens.

The small building was deemed structurally unsafe in 2013 following Hurricane Sandy, which devastated the area, and is set to be demolished later this year.

Before destruction, Grosse used a palette of reds, oranges, pinks and white influenced by the area's dramatic sunsets to turn the building into an art installation.

The paint covers the building's cracked external walls and holey gabled roof, as well the interior surfaces and open window frames. It also extends onto the surrounding sandy ground.

Colours are blended together to create an effect similar to wispy clouds and tidal washes. 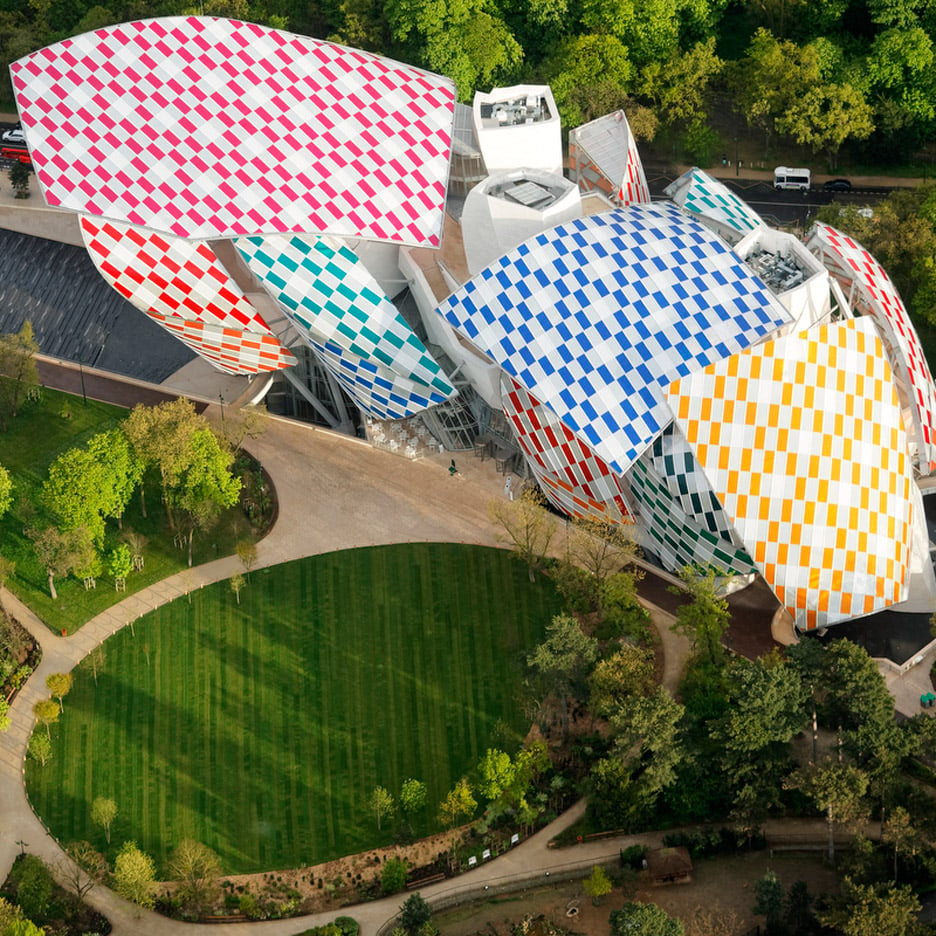 Grosse is known for using spray paint to transform both indoor and outdoor spaces, at a range of scales. Following Hurricane Katrina in 2005, she covered an abandoned property in New Orleans with orange paint.

Her latest project was commissioned by Queens-based art museum MoMA PS1, the sister institution to the Museum of Modern Art in Manhattan.

"In 2008, I saw Katharina Grosse's work for Prospect 1 in New Orleans, where she painted a small house that was abandoned and condemned after Hurricane Katrina," said PS1 director Klaus Biesenbach. "I was deeply moved that a building just waiting to be taken down was given this temporary, proud and fragile beauty."

"When I heard that the aquatics building in Fort Tilden was to be demolished following Hurricane Sandy, I immediately wanted to invite Katharina to do a project at the site," he added.

Also this summer, MoMA PS1 has enlisted architects Escobedo Soliz to weave colourful ropes across the courtyard at its main venue in Long Island City.

Other artists and designers to have worked with abandoned spaces include Charles Pétillon, who fills them with white balloons.

ReMIX Studio created a string installation that guided visitors through a derelict building to a pop-up restaurant in Beijing, while Aaron Asis tied over 2,000 metres of blue cord across Philadelphia's disused St Andrew's Collegiate Chapel.

Rockaway! will remain in place until 30 November 2016.

Photography is by Pablo Enriquez, courtesy of the artist and MoMA PS1.