Digital platform Wovns has developed an on-demand weaving process that allows designers to order patterned Jacquard fabric in quantities as small as a single yard.

Wovns enables smaller production runs than usual by weaving multiple designs as one continuous piece of fabric, so the loom does not need to be reconfigured before each one.

"Wovns was inspired by the rise of digital fabrication in fields like architecture and industrial design," the company's co-founder Dena Molnar told Dezeen.

"We saw the transformative effect of quickly and easily translating digital designs to physical prototypes and wanted to bring a similar capability to woven textiles."

Uploaded designs are aggregated with other submissions before weaving begins.

"Our patent-pending software analyses user-submitted files to identify designs with complimentary attributes," said Chelsea Molnar, co-founder and twin sister of Dena. "From that analysis, we generate an aggregated design file that we use to produce a continuous run."

"Once produced, we cut the run into the individual designs and send them to our customers." 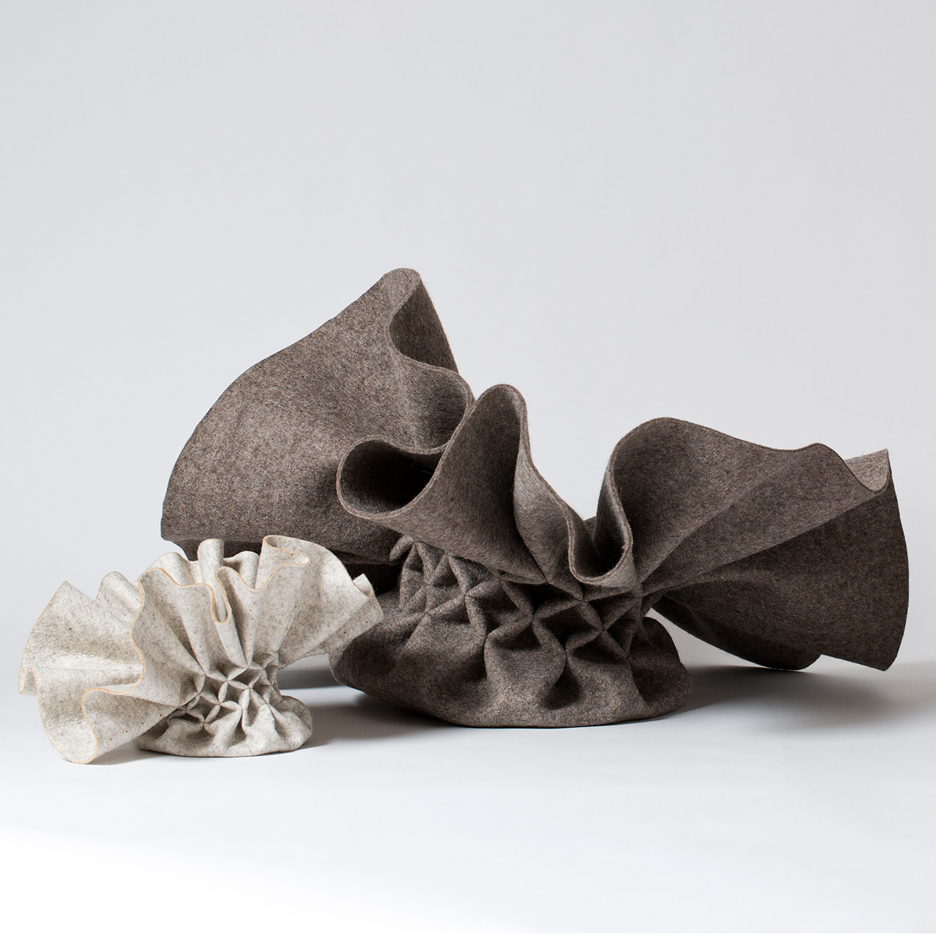 Producing small runs of bespoke woven fabric has traditionally been prohibitively expensive, due to the cost of reconfiguring a loom for different patterns.

The platform, which is currently in beta stage, is targeted towards designers who want to quickly prototype fabrics and tweak patterns before committing to a large production run.

Users work with the platform's digital tools to select the quality of fabric and colour palette they want.

They can then upload the generated swatches into their choice of software, like Adobe Photoshop. After completing their design, they submit it to Wovns, which translates it into a woven material that is produced on Jacquard looms.

Early Jacquard looms worked by automatically lifting selected warp threads as the shuttle passed between them, according to instructions contained on punched cards. This simplified the process of manufacturing textiles with complex patterns, like brocade and damask, which had previously been woven by hand.

Wovns takes this a step further, allowing anyone to create a short run of fabric with a unique design.

Images of physical samples are included on the Wovns platform to help users anticipate the final weave, and the site also features tutorials for those less familiar with textile design.

As the material is woven, the pattern is incorporated into the fabric rather than printed on the surface, using interlaced thread combinations to approximate the original colours of the design.

The platform also features a curated collection of material, chosen by the founders and showcasing pieces submitted by designers using the platform.

"With the advancement of digital technology, manufacturing in various areas such as 3D-printing, apparel and electronics has become accessible to independent designers," Chelsea told Dezeen. "Creatives across the art, design and technology domains want to explore the possibilities."

"Being able to execute ideas that have yet to be realised in the market is pretty exciting," she added. "With custom production, there is a personal narrative in its creation that fosters a deeper connection with the material."

Print All Over Me – another digital platform that allows users to upload pattern designs and transform them into products – has also capitalised on the print-on-demand movement.

Dutch brand Moooi has similarly launched a photorealistic bespoke carpet collection. Its range of template designs can be customised with different colours and sizes.