Barcelona-based Barozzi Veiga – which was awarded the Mies van der Rohe Award last year – designed the building to create a new wing for the Bündner Kunstmuseum in the Swiss city of Chur.

With the appearance of a gridded cube, the 4,000-square-metre extension is located alongside Villa Planta, the former residence that now contains the museum, and it is connected to the old building by its basement levels.

"This dialogue between the new and the old buildings is based upon the equilibrium that exists between their classical structures – a clear reference to the Palladian influence in Villa Planta and to its ornamentation," said architects Fabrizio Barozzi and Alberto Veiga. 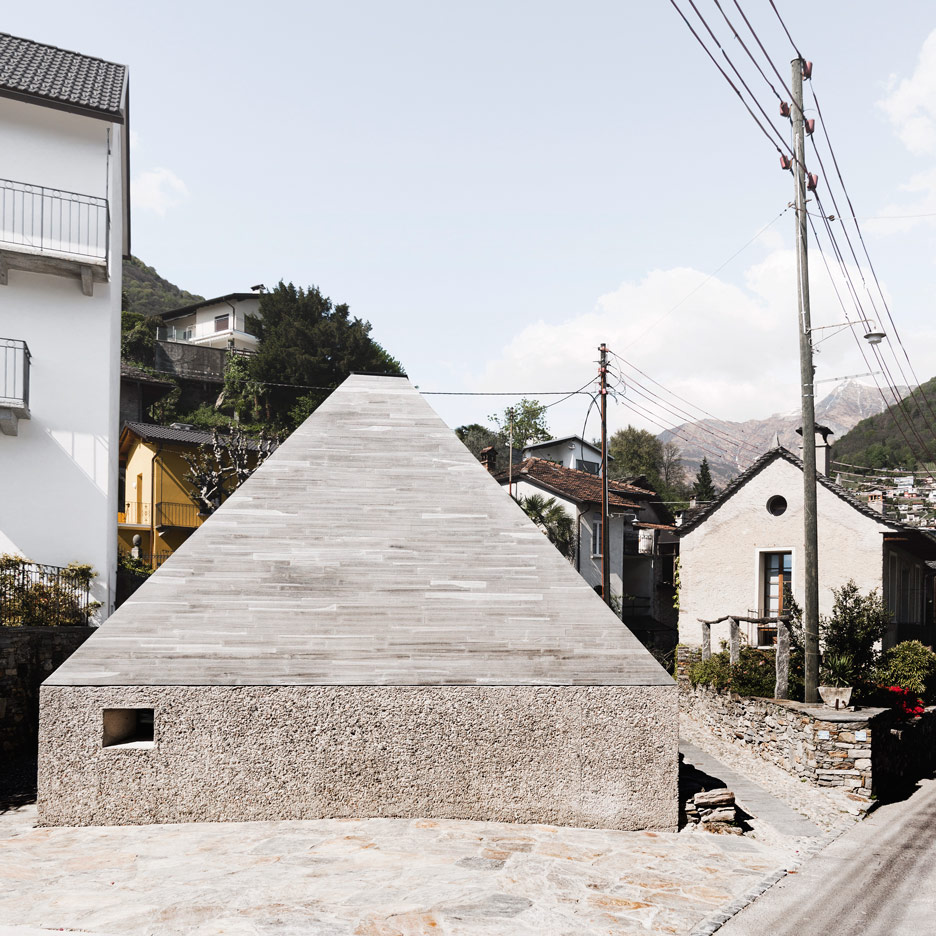 "Both buildings present a central symmetrical plan and both use geometry as a tool for cohesion."

The design of the extension is intended to reflect the Palladian style of the Villa Planta. It features regimented ornamentation and a simple layout that are purged of "superfluous elements".

"Each building displays its own identity, based on common principles – structure and ornament – to reinforce the idea of a whole," said the architects.

"The Villa Planta's ornaments speak of the Oriental influences of its origins, while in the extension the compositional system of the facades reinforces its expressivity and autonomy with respect to the villa," they added.

"The design strips away everything that is not structure, construction and programmatic division, all united in a single whole."

The floors above ground are significantly smaller than those below ground, helping to reduce the footprint of the building.

Exhibition spaces are located underground, while the floors above contains public spaces, accessible directly from the pedestrian zone between the two parts of the museum.

"Despite the stringent limitations of the plot, the design strives to minimise its exterior volume by inverting the programme's logical order," said Barozzi and Veiga.

"The volume's reduced footprint makes it possible to extend the existing garden and improves the cohesion of the ensemble."

The floors within are connected by an exposed concrete stairwell, while exhibition spaces feature white walls and acoustic ceilings with integrated lighting.

The building's simple form is a stark contrast to the complex geometry of the Szczecin Philharmonic Hall designed by Barozzi Veiga in 2014.