Another supertall tower for Manhattan is going ahead, now that legal proceedings stalling KPF's 1,501-foot skyscraper beside Grand Central station have been abandoned (+ slideshow).

Construction is set to commence on the 458-metre One Vanderbilt tower, which has been halted since 2015 after a lawsuit was filed by the owners of Grand Central Terminal.

The company, Midtown TDR Ventures, wanted to make a deal with One Vanderbilt developers SL Green over the terminal's air rights.

However, the city rezoned the area in the skyscraper's favour – allowing the project to go ahead in exchange for $220 million worth of transportation improvements. 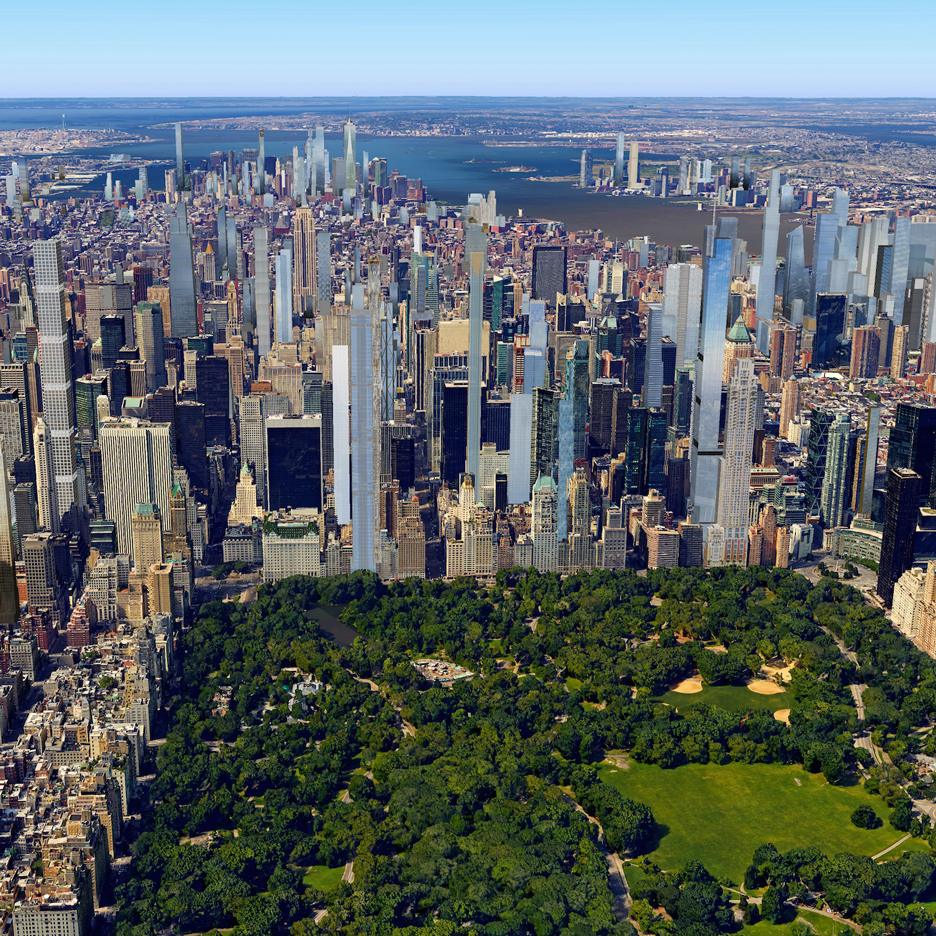 Midtown TDR Ventures then sued for $1.1 billion (£844 million), but recently dropped the case for a small undisclosed sum – paving the way for construction to start on One Vanderbilt.

The glass-sheathed tower features angled sides that finish in steps towards its pinnacle, which is crowned by a spire. Its design references New York's iconic Art Deco skyscrapers, according to KPF.

"As a 21st century successor to Rockefeller Center, and following the layered language of such great New York buildings as the Chrysler, the Empire State, and the Woolworth, One Vanderbilt will meet the market demands of Midtown East while transforming the civic needs of the Grand Central District," said the firm.

At its base, the building will include retail spaces and a large atrium, where a staircase and a series of escalators will connect it to Grand Central's subterranean concourse and platforms.

The carefully planned collection of towers underway at the vast site serves as an exemplary model for future development according to Diller Scofidio + Renfro cofounder Elizabeth Diller, who recently hit out at the spate of towers rising piecemeal across New York.