Most Loved: in the next movie from our exclusive video series, British designer Alexander Taylor discusses the impact his folded metal light for Established & Sons had on his career.

Launched in 2005 as part of British brand Established & Son's debut furniture and lighting collection, Fold is a small lamp folded from a single sheet of metal.

"I liked the idea of creating efficiency out of making something and the idea of using a single piece of material, a single process," Taylor explains in the movie, which was filmed at his London studio. "Inherently that also creates that character of the object."

Taylor initially experimented with heating and bending sheets of acrylic to make the lamp, but the resulting structures were too brittle so he switched to using aluminium sheets, which he folded using a metal press. 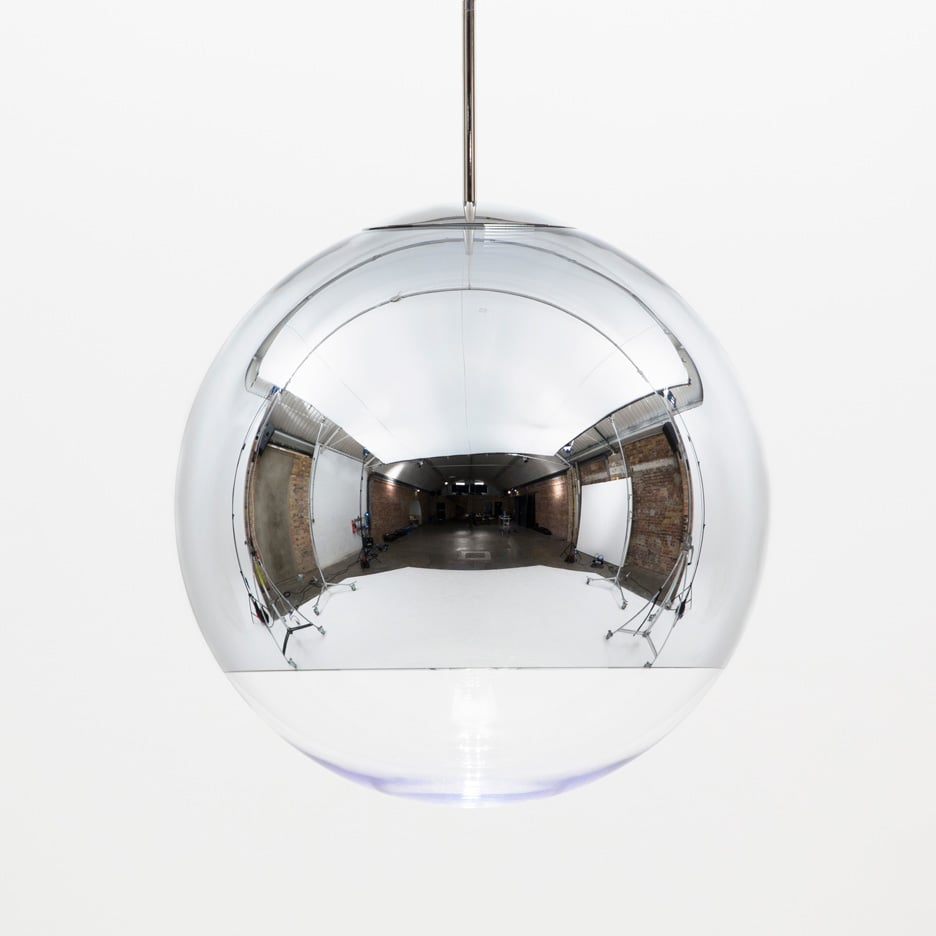 When Established & Sons approached him to help further develop the product, Taylor decided to switch to steel to give the lamp more weight.

He also created two larger versions of the light – a taller table version and a floor-standing version – which are made from two sheets of folded metal bolted together.

"The small light was the original version," Taylor explains. "But we needed to make that into a family, so it was natural to make a table standing version and a floor-standing lamp."

Fold comes in a variety of different powder-coated finishes, as well as a limited-edition collection produced from Corten weathering steel.

Taylor chose to pair the metal with a colourful braided cord, which runs down the central stem of the lamp.

"I really like the offset of the sheet material and then the braided cable with the injection of colour being bright red as a kind of sharp contrast," he explains.

Fold's silhouette is deliberately reminiscent of an ordinary table lamp. Taylor believes that pairing this familiar form with an innovative new manufacturing technique is one of the reasons the design has proven so popular.

"I think it just hit a good balance of technology with material, but yet had this familiar silhouette that people could recognise," he says.

In 2006 the Museum of Modern Art in New York and the Chicago Institute of Design both acquired Fold for their permanent collections.

"That makes me very proud," Taylor says. It's a special product for me in that sense."

Taylor has worked with a wide range of brands around the world, including Adidas, who he currently works with as creative consultant.

But he says that it is the Fold light that really helped to propel his career forward.

"The Fold lamp was really the product that defined essentially where I am today," he explains.

"Although now we work on a variety of different projects, it's still very much the same philosophy and methods that I apply now that I did back then."

Most Loved is a collaboration between Dezeen and car brand MINI celebrating design objects that have found a special place in people's hearts. We are interviewing some of the world's leading designers about their most popular and enduring designs.