Structural engineer James O'Callaghan, whose firm Eckersley O'Callaghan is behind the glass stairs in Apple's stores, has designed a collection of men's eyewear for German brand Freigeist (+ slideshow).

The EOC range features three styles made from titanium, aluminium and acetate, with minimal finishing applied to retain the natural colour of each material.

The titanium frames have been laser cut from a single thin sheet of the metal, allowing them to be hinge-free. Each of the three styles is available in an edition of 222, and has been individually numbered.

"We have adopted pure essentialism in our design," said O'Callaghan, who was awarded the 2016 Milne Medal for excellence in structural design. "For example, not using hinges overcomes a design obstacle without limiting functionality." 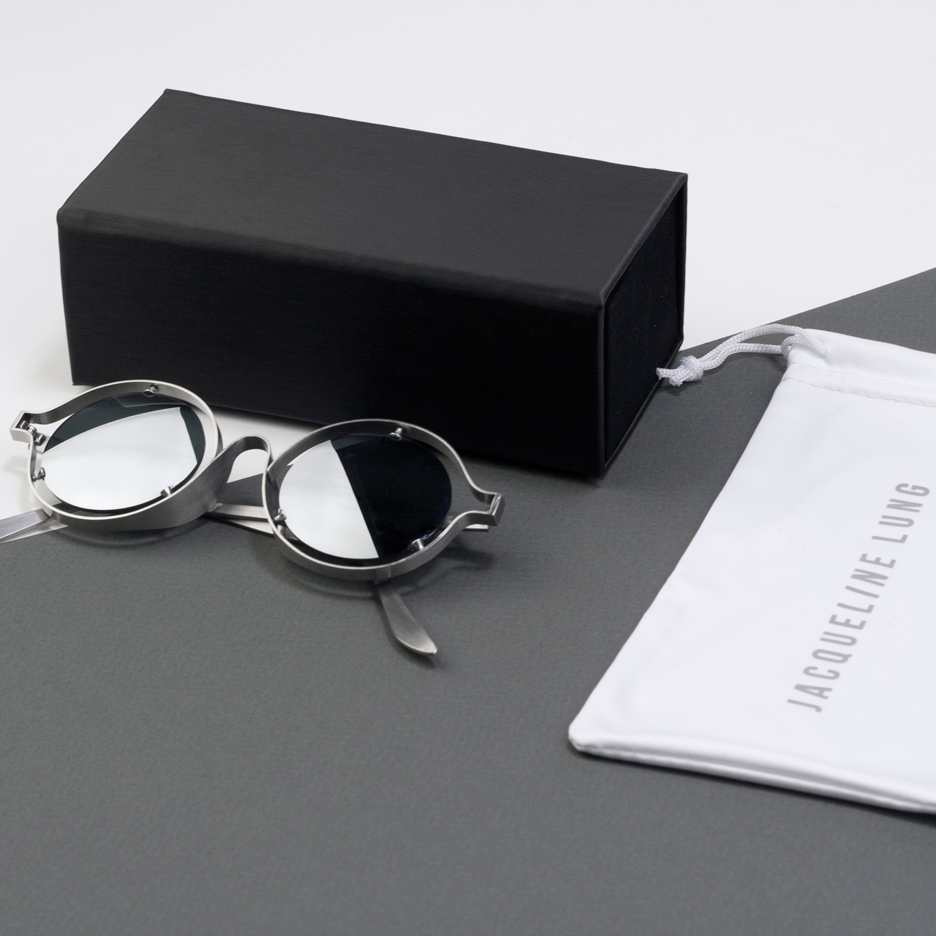 "We recognise that most glasses wearers rarely fold their glasses and, as our frame is made from a single piece of titanium, they maintain their shape extremely well."

Both acetate and aluminium versions have matt angular frames with hinges, and feature restrained design details.

The engineer's firm, Eckersley O'Callaghan, has been responsible for several high-profile projects, including glass staircases and bridges that have appeared in Apple stores around the world, and the precarious-looking "sky pool" in London.

"The eyewear project with Freigeist may seem tangential to my usual practice as a structural engineer," added the designer.

"However, the frames are essentially crafted structures for fixing small pieces of glass – something that we usually do on a much larger scale at EOC – so I jumped at the chance to conceive and put a spin on a product that so many of us rely on every day, myself included."

Japanese studio Nendo has also experimented with hingeless eyewear, replacing the usual screws with magnets that allow users to detach and mix and match arms.