The Creative Industries Federation has warned that the UK could face a creative skills shortage, after the latest GCSE results revealed a drop of almost 10 per cent in students studying Design and Technology.

Meanwhile the number of students applying to sit AS level qualifications in Art and Design, traditionally taken a year after GCSEs, dropped by 26 per cent.

"We already have skills shortages in many jobs such as animation and special effects," he added. "Engineering, which requires a similar mix of creative and technical skills, also has recruitment problems."

The Creative Industries Federation said that the increasing focus on the new English Baccalaureate, or Ebacc, was leading to the sidelining of creative subjects.

The Ebacc replaces existing GCSEs, which are usually sat by students aged around 16, with five compulsory subjects – English, maths, science, geography or history and languages – and seven qualifications. Students can then opt to take further qualifications in other subjects.

Schools will be judged based on the number of students that pass the seven core Ebacc exams at grade C or above, meaning there is less incentive to encourage participation in creative subjects like design or art.

"Entries for GCSEs in arts subjects [overall] have fallen by 46,000 this year compared with last," said the Creative Industries Federation, which was founded to lobby government on behalf of creative businesses, institutions, charities, organisations and individuals.

"D&T has suffered some of the most extreme drops in take-up since the introduction of the EBacc – the loss of statutory status and current accountability measures have caused a 50 per cent fall in D&T GCSE entries from 2003 to 2014."

Many designers and architects have expressed concern over the future supply of home-grown talent for UK firms – particularly in the event of Brexit – and industry bodies have pointed to the Ebacc as an indication of the government's lack of roots-level support. 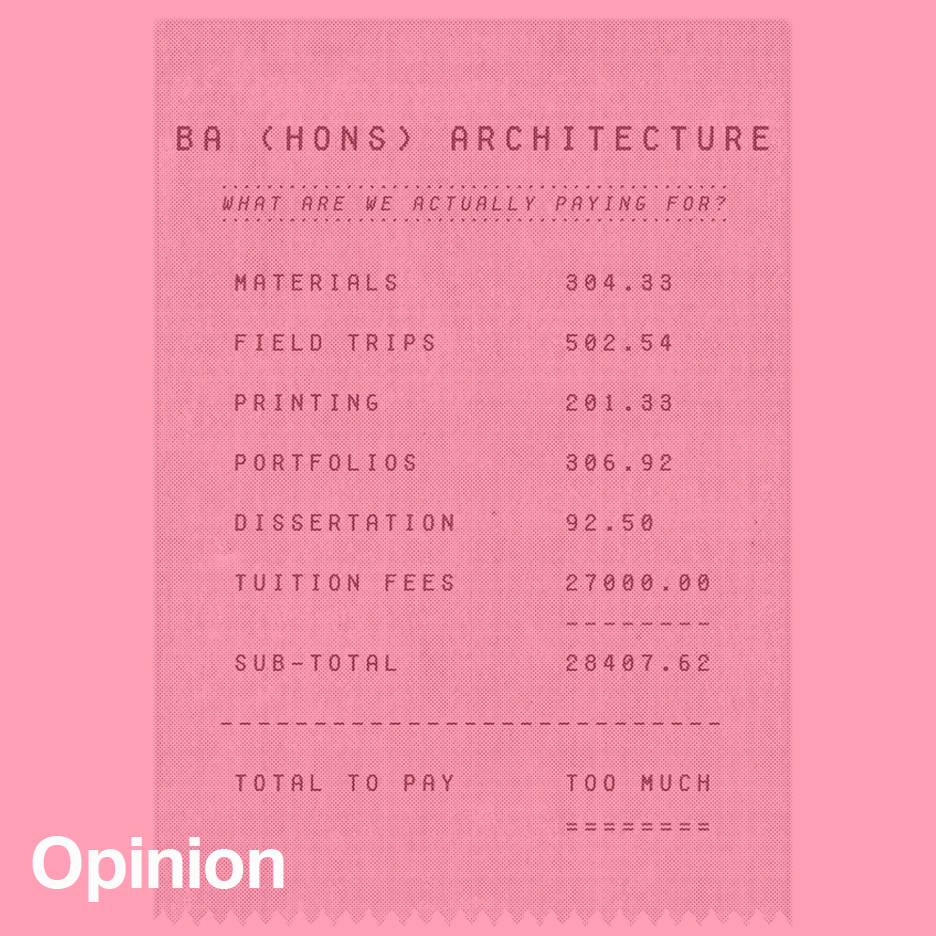 The Design Council is among those backing a campaign to reform or abolish the EBacc, and the Royal Academy of the Arts, the Creative Industries Federation and the Royal Institute of British Architects have all expressed concerns about the implications of the new system.

"Even in the announcement of the GCSE results, the government focuses entirely on the EBacc subjects, further encouraging the marginalisation of creative ones," said Kampfner.

"Yet this traditional group of subjects is not enough to prepare pupils for some of the most exciting careers available to them in the UK."

Earlier plans to make the Ebacc compulsory and remove creative subjects from the UK school curriculum were scrapped in 2013. But the government is now aiming to reach a target of 90 per cent participation in the Ebacc, and has been encouraging more widespread take-up in schools.

Designers and architects who attended Dezeen's Brexit design summit in June described the state of education in the UK as "f*cked".