Architects office HOK has revealed plans to build a 234-metre-high skyscraper in east London that will segregate private and social apartments (+ slideshow).

Spire London is set to become the tallest residential building in the UK and western Europe according to its developer, Chinese firm Greenland Group.

Plans for the £800 million tower were unveiled this week, days after a survey revealed that London residents want restrictions on the height of buildings constructed in the city.

The tower will contain 861 apartments spread over 67 storeys, and will be constructed on a site overlooking West India Quay near Canary Wharf in east London.

According to the team behind the project, the design is based on "the nautical history of the dock site and by the orchid, a flower cultivated in China for more than 3,000 years".

HOK's design consists of three glass "petals" shaped to suggest the prow and bow of a ship.

An angled roof will creates terraces for the apartment on the upper levels, while louvres will provide natural ventilation.

Private apartments ranging from 50 to 150 square metres in area will be housed from the 8th floor and above, with nine dedicated lifts, and access to a spa with a swimming pool, a cinema and a bar. 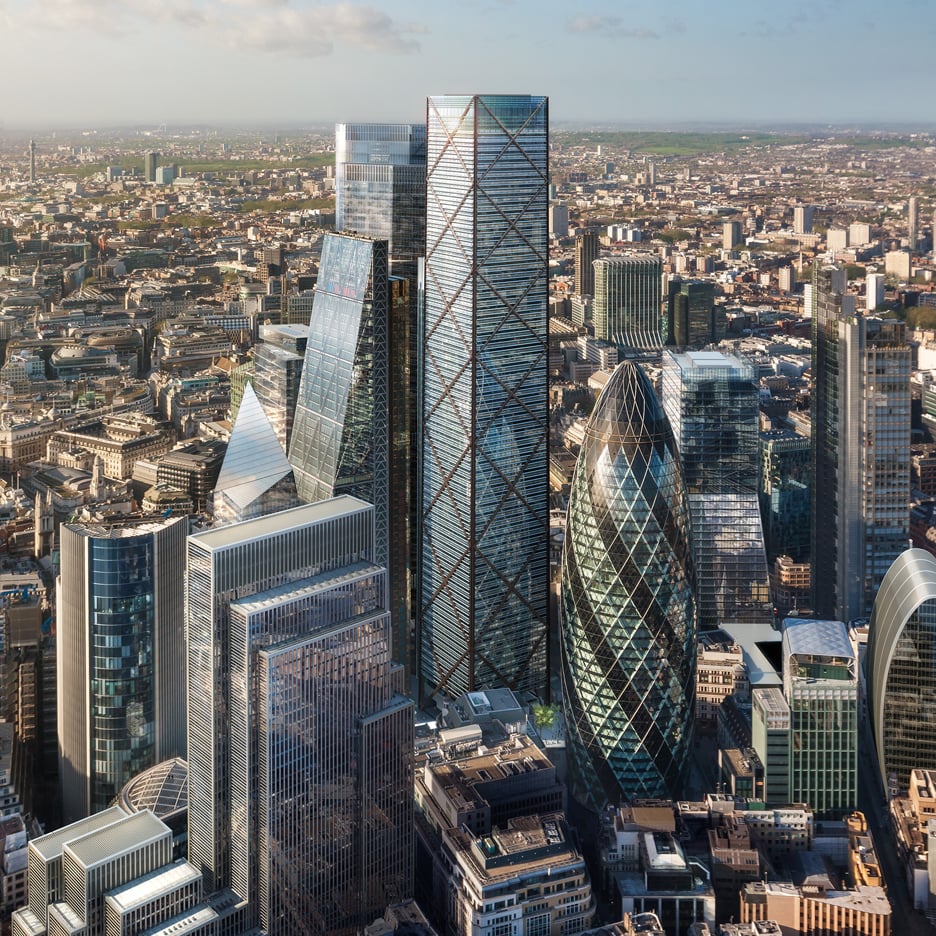 Social housing will be included on lower levels, with residents given access via a separate entrance.

The second and third floors will contain shared facilities like meeting rooms, a games room, music rooms or cultural spaces, as well as an outdoor deck for residents.

A pair of three-storey retail buildings on either side of the tower will also be topped with private roof gardens for the tower's occupants.

The project is funded by Greenland Group, China's most successful international developer. The company is also behind a 358-metre-high tower by SOM and a 606-metre tower by Adrian Smith and Gordon Gill, both under construction in China.

Spire London is due to be completed in 2020, with construction work set to begin in January 2017.