A red brick building designed for one of the UK's oldest libraries will be the first new addition to Lambeth Palace – the historic home of the Archbishop of Canterbury – in almost two centuries (+ slideshow).

London studio Wright & Wright Architects has revealed its plan for the new home of the Lambeth Palace Library, which has had a publicly accessible collection since 1610.

The building will occupy a site at the north end of Lambeth Palace gardens on the south bank of the Thames, opposite the Houses of Parliament, in the grounds of the heritage-protected palace that has been home to the Archbishops of Canterbury since the 13th century.

The library, which holds the second-largest collection of religious texts in central Europe after the Vatican and is the main archive for the Church of England, is currently split across multiple buildings.

Wright & Wright won a competition last year to design the new building, and unveiled its plans this week.

It described the structure as an "occupied wall" with an eight-storey tower at its centre. 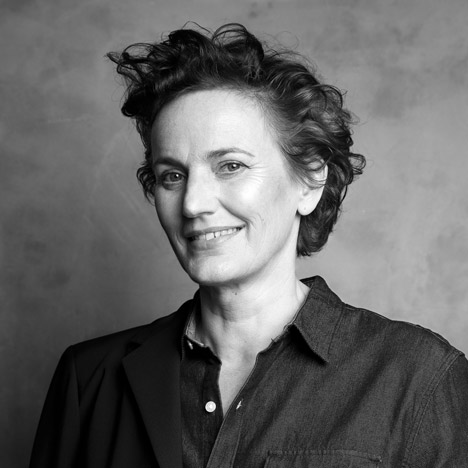 "Libraries are the most important public buildings" - Francine Houben

"Clad in red clay brick, the design will pay homage to the surrounding historical Palace buildings," said the studio.

"The archives are elevated above any potential flooding and the building forms a bulwark, which screens this part of the garden from pollution and traffic noise, whilst also enclosing a pond."

The top of the tower will house a public viewing space, offering members of the public views out to the Palace of Westminster.

The main public reading room will face out towards the palace's gardens and will be screened by trees, allowing the inclusion of large areas of glazing to maximise natural light.

The building will also include archival systems designed to enable ongoing conservation of old texts, as well as storage of the collection. It is due to be completed by the end of 2020.

"This commission is 'such stuff as dreams are made on'," said Clare Wright, co-founder of Wright & Wright.

Wright & Wright was founded in 1994 by Sandy and Clare Wright. It is known for its public buildings, libraries and galleries, and has completed a number of projects on sensitive historic sites around the UK, including the addition of a new library to Corpus Christi College in Cambridge.

The firm was recently appointed to design an extension to the Geffrye Museum in east London, after a controversial scheme by David Chipperfield was scrapped.

Renderings are by Picture Plane.