San Francisco studio New Deal Design has devised a small copper-coloured device that allows users to make purchases by swiping its textured surface, as "a modern replacement for cash".

Scrip is a conceptual handheld metal "token" that could be used to make digital payments.

It was conceived by the studio led by Gadi Amit – designer of the widely popular Fitbit activity tracker – to bring back physical actions that are disappearing as financial transactions become increasingly cashless.

"Scrip is a device that brings physicality back to money by replicating the positives of a cash transaction – such as the flipping and selecting of notes, and the weight of a hefty wallet," said the studio. "Scrip is a modern replacement for cash."

It would feature a tactile surface made up of tiny diamond-shaped sections that rise and fall during use.

Users would transfer money onto the device, and make swiping movements designed to mimic the handing over of cash to pay for items.

Video showing how the Scrip digital payment device would work

Other possible transactions would also include the withdrawal of funds from banks, currency exchange in foreign countries and passing money between individuals.

"The societal transition from gold bars, to coins, to notes, to now a touch of a credit card, or the brush of a finger, has left our financial exchanges without value," said New Deal Design.

"As we increasingly spend through contactless and automatic methods, we are left with little time to think about what we are spending, and derive any sense of pleasure or pain from the transaction."

The device would use Bluetooth to authenticate the user's identity, by pairing with their mobile device. Once activated, an illuminated display at the top of the rounded token would show their balance. 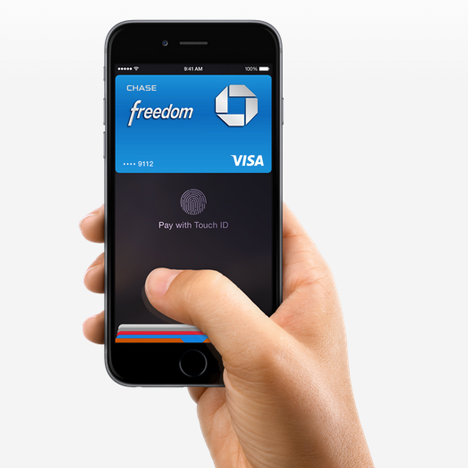 Paying for an item using Scrip would require a vendor's contactless payment system, which would prompts the device to display the amount owed.

Transactions would be completed in bill amounts, with denominations similar to cash notes ranging up to 50.

During payment, the amount of each "bill" would form a pattern across the surface, and the shopper would be required to "push" the money into the till by swiping their thumb up the device.

Their intention was to "create a device that evokes not only the nostalgia of a cash exchange, but also eliminates the poor spending habits that are caused by digital transaction", such as overspending on credit cards.

New Deal Design specialises in internet-connected products, with past projects including a children's thermometer that links with a parent's smartphone and wearable technology for dogs.

In a 2014 interview with Dezeen, Amit said wearable technology that ignores emotional needs is a "major error".

He also said the people will soon have up to ten miniature devices on their bodies and clothes that will monitor their health and organise their social lives.