Mexican firm Estudio 3.14 has visualised the "gorgeous perversity" of US presidential candidate Donald Trump's plan to build a wall along the countries' border.

In response to the controversial proposal, a group of interns at the Guadalajara-based studio came up with a conceptual design that would celebrate Mexico's architectural heritage.

The giant solid barrier would run 1,954 miles (3,145 kilometres) uninterrupted from the Pacific coast to the Gulf of Mexico, and be painted bright pink in the spirit of the 20th-century buildings by Pritzker Prize-winning Mexican architect Luis Barragán.

"Because the wall has to be beautiful, it has been inspired in by Luis Barragán's pink walls that are emblematic of Mexico," said the studio. "It also takes advantage of the tradition in architecture of megalomaniac wall building."

Republican candidate Trump announced his idea to build a wall along the US-Mexico border early in his campaign, as his solution to keeping illegal Mexican immigrants out of America.

It was brought up during last night's debate between Trump and Democratic candidate Hillary Clinton. 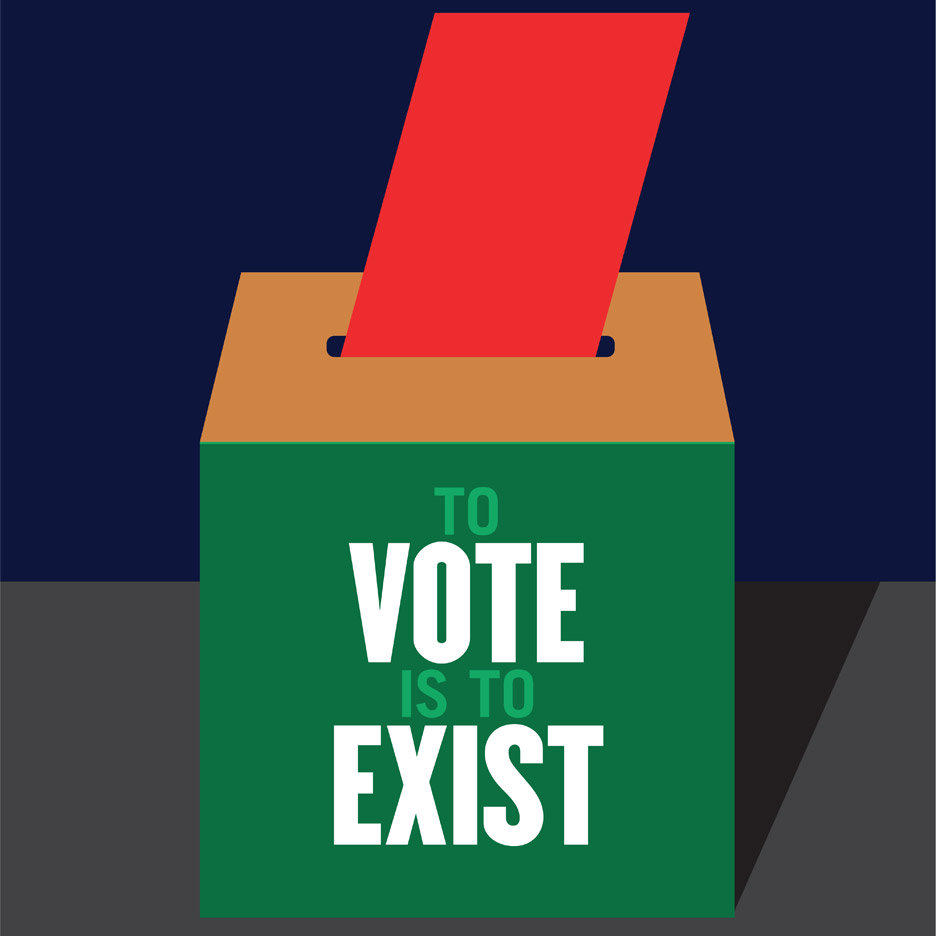 Milton Glaser designs Get Out The Vote graphic for US election

Estudio 3.14's Prison-Wall project – developed in collaboration with the Mamertine Corporation of the United States – was undertaken to "allow the public to imagine the policy proposal in all of its gorgeous perversity".

Visuals show the barrier traversing hills, desert, a river, and the border city Tijuana. The structure would also incorporate a prison to detain those attempting to cross into the US.

"Moreover, the wall is not only a wall," said Estudio 3.14. "It is a prison where 11 million undocumented people will be processed, classified, indoctrinated, and/or deported."

The team suggests that the wall could employ up to six million personnel. It could also incorporate shopping centre straddling its width, and a viewpoint from which US citizens could climb up and look down onto the other side.

A series of graphics to accompany the proposal range from posters calling for workers, to US currency emblazoned with the wall's pink trail.

Many designers have unveiled politically influenced projects ahead of the US presidential election, which takes place on 8 November 2016.

Renderings are by Agustín I Ávalos.