This range of colourful vessels by Swiss designer  Dimitri Bähler is intended to "question the concept of usefulness in our homes".

Described by the designer as "essential abstraction", the collection features brightly coloured, shallow dishes and irregularly shaped plates, each patterned with a textured surface.

"These pieces are a range of different volumes with soft and round shapes so that they have the function to be a support for receiving a pattern," said Bähler. 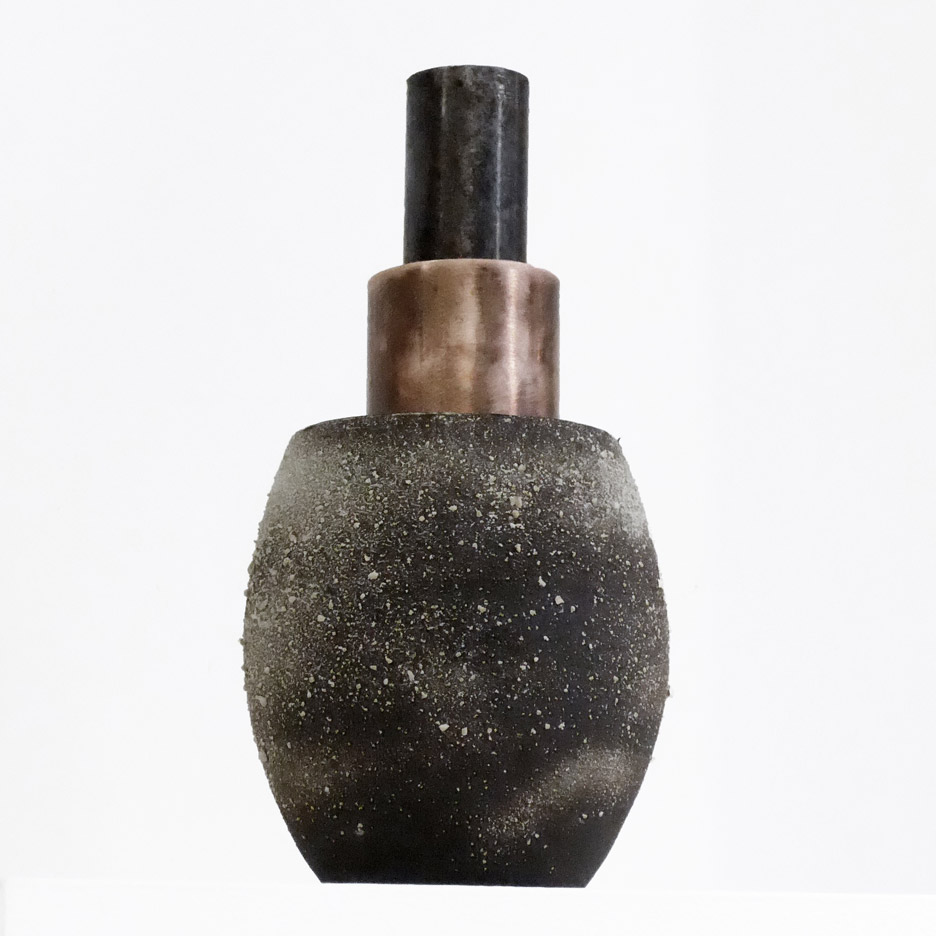 "They create a dialogue between functionality and non-functionality, minimalism and decoration, questioning the concept of usefulness in our homes."

Bähler's project was awarded the grand prize at this year's Biennale Interieur Awards. It is on show at the exhibition in Kortrijk, Belgium until 23 October 2016.

Other projects on show at the design fair, which is curated by Belgian architects Kersten Geers and David Van Severen, include tables by Design In Ratio that celebrate the contrasting properties of different materials.

Bähler has previously made a set of wool rugs that appear to pop out from the floor like drawings of 3D shapes, and a storage set for pens and office stationery made from a thermo shrinkable tube.