Tenants have begun moving into 461 Dean, a New York residential building by SHoP Architects described as the world's tallest modular tower and billed a solution to meet the high demand for urban housing.

The 32-storey tower is located in central Brooklyn, at the intersection of four neighbourhoods. It sits near a major transit hub and adjacent to Barclays Center, a sports arena also designed by SHoP Architects.

Clad in glass and multi-coloured metal panels, the building contains 363 rental apartments, with a total of 23 different configurations.

Rising to a height of 359 feet (109 metres), it is believed to be the tallest modular tower and first modular high-rise building in the world.

Its 930 steel modules were fabricated off-site at a factory in the nearby Brooklyn Navy Yard and shipped to the site by truck.

Each apartment's countertops, stone backsplashes and stainless steel appliances were also installed in the factory.

"This is a pioneering project, and the methods we developed here can help meet the enormous demand for new housing in New York and other rapidly growing cities."

The project was backed by Forest City Ratner, a major New York developer.

It took four years to complete – much longer than anticipated – largely due to a dispute between the developer and its partner, Skanska, which served as construction manager and ran the prefabrication factory.

Construction was temporarily halted in 2014, and Forest City ended up buying out Skanska, according to the New York Times. 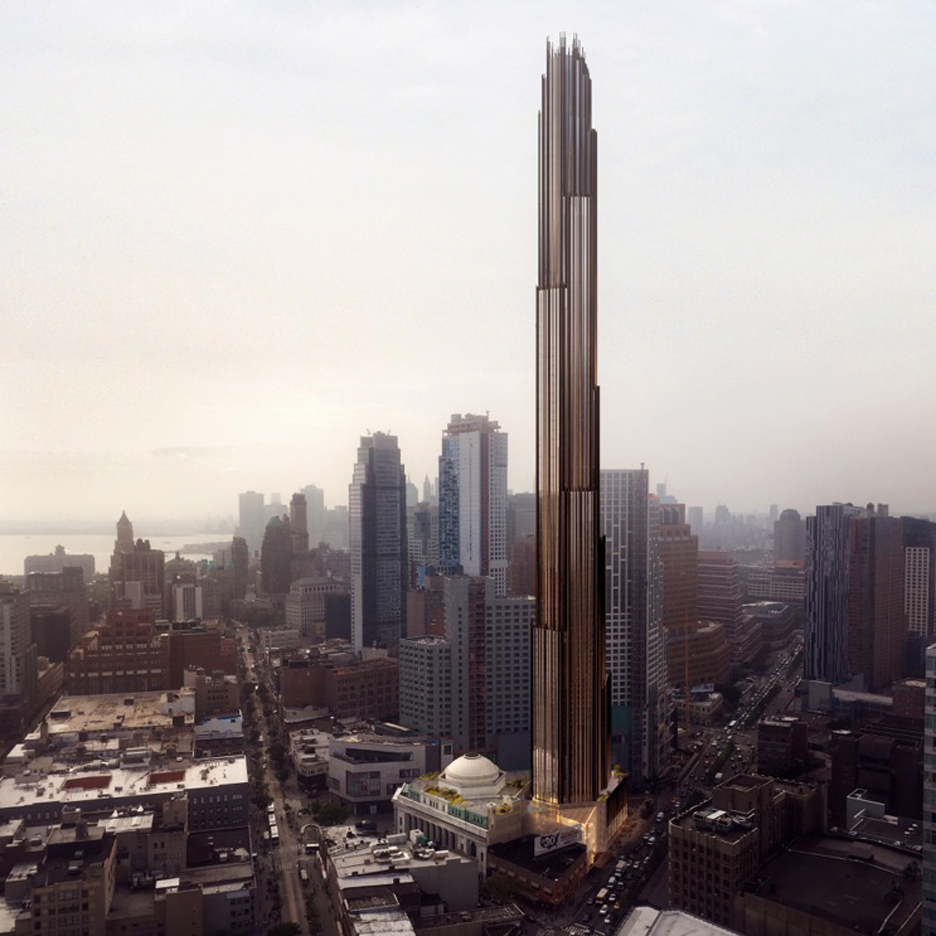 Half of the apartments have been set aside for low- and middle-income residents.

Amenities include a fitness centre, a yoga and dance studio, a game room, a sky lounge and a rooftop terrace.

461 Dean is the first residential building to open in Pacific Park, formerly called Atlantic Yards. The 22-acre (nine-hectare), mixed-use development was initially conceived by Frank Gehry and unveiled in 2003.

The development is located at the nexus of the neighbourhoods of Fort Greene, Clinton Hill, Park Slope and Prospect Heights.

The tower is one of several major New York projects by SHoP, which was founded in 1996 and now has over 180 employees.

A supertall skyscraper it designed for Manhattan is currently under construction, as are a pair of bent, copper-clad towers connected by a skybridge.

The firm has also designed a skinny supertall tower for Downtown Brooklyn that received the green light earlier this year.

Photography is by Max Touhey.