White metal louvres covering the facade of this apartment block in Paris can be drawn across windows and balconies to screen against the sun and street.

French studio Dietmar Feichtinger Architectes gave the building a height, scale and colouring that is intended to harmonise with the existing architecture on Rue Castagnary, in the city's 15th arrondissement.

The scale of the building diminishes towards the upper floors, with the first four levels vertically aligned with the pavement, but the top two floors inclining towards a point. 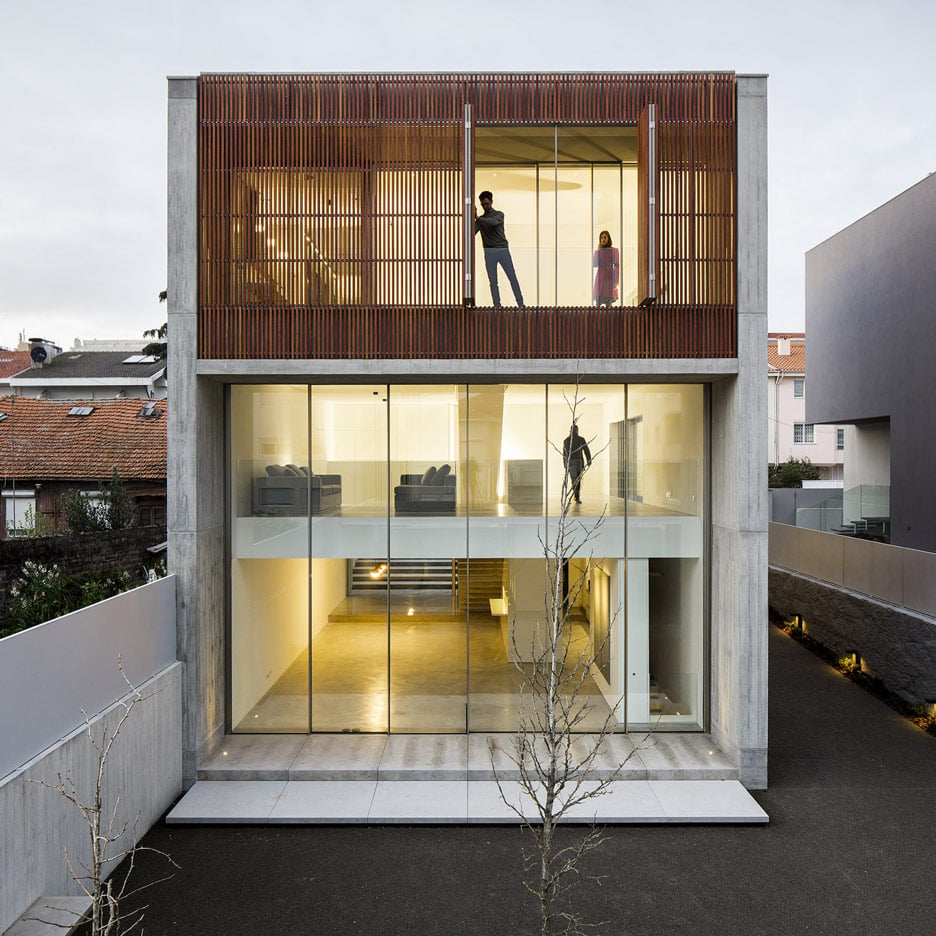 "Its vocabulary is contemporary and in line with the finesse and attention to detail of housing in the neighbourhood," said the architects. "Its medium scale ensures urban continuity and the density in this quarter."

"The building is covered by an envelope of white metal blades, consistent with the dominating colour of the quarter," they added. "The rhythm of the openings and the large vertical apertures are inspired by Parisian windows."

A glazed facade wraps the base of the building, which is intended for commercial use, while the upper residential floors are covered with slender, white-lacquered metal panels.

These sliding louvres allow residents to control the amount of sunlight entering windows and to screen their south-facing balconies from the street. The building's concrete construction is left exposed across the gables.

"From the first floor on, the treatment of the entire facade is homogenous, including the inclined section," said the architects. "The windows emphasise the verticality of the structure."

"The play of the mobile panels and the changing inclination of the blades animate the facade," they added. "The aluminum frames and the blades have a similar tincture."

Inside, the 10 apartments are accessed via a steel-framed staircase. A stainless steel grid forms a balustrade for the stairwell, giving views out the garden as residents ascend and descend from their homes, as well as providing natural lighting and ventilation.