The eclectic retail spaces at Dover Street Market in Murray Hill, Manhattan, are refreshed for a "new beginning" every January and July.

This allows Comme des Garçons to update the backdrops for its changing collections, and provides an opportunity to bring in new talent.

The 22,000-square-foot (2,044-square-metre) store is the third of its kind set up by the brand's founder Japanese fashion designer Rei Kawakubo, who will be the focus of the Costume Institute's spring exhibition at the Met this year – one of Dezeen's top picks for shows in 2017.

"I want to create a kind of market where various creators from various fields gather together and encounter each other in an ongoing atmosphere of beautiful chaos: the mixing up and coming together of different kindred souls who all share a strong personal vision," said the designer.

She was responsible for the design of all the areas at the New York store dedicated to Comme des Garçons clothing and merchandise, which are across the building's seven floors.

In many of these places, raw materials and salvaged furniture are used to construct clothing rails and display pieces.

Stand-out elements include an antique cabinet has been divided into three and integrated into a trio of mirrored pillars, which can be found on the fifth floor.

Brands with their own dedicated concessions, interspersed among Kawakubo's zones, were given the freedom to design their own areas.

Italian brand Gucci's space on the 6th floor wallpapered and carpeted with a distinctive floral print that featured heavily in its current collection.

A wall of corrugated metal creates a backdrop for clothes by Spanish brand Balenciaga, while Vetements' items are housed in an oversized changing room.

Despite undergoing a biannual reinvigoration, some displays have remained in place since the store opened in December 2013.

These include New York designer Thom Browne's glazed enclosure, modelled on his own office.

Permanent features such as a sculptural staircase between levels three and four, and a cafe beside the entrance are also unchanged.

Dover Street Market was first set up on its eponymous street in London, but moved from its original location in Mayfair to a Grade II-listed building on Haymarket last year. The chain also has a third location in Tokyo. 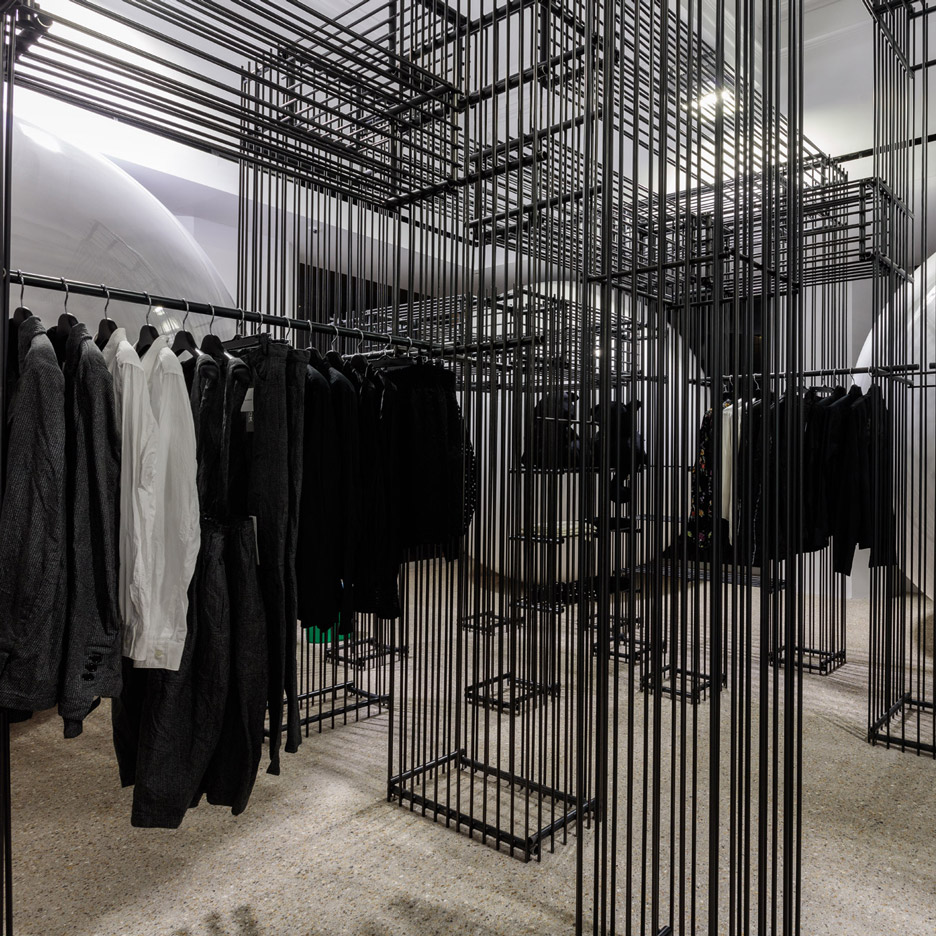