Men are paid more than women across the board and pay disparity is widening, according to the results of the 2016 Women in Architecture survey.

The survey conducted by the The Architects' Journal and The Architectural Review gives a snapshot of working conditions for women across all levels of architectural practice – from assistant to partner.

The figures show salary discrepancies of up to £55,000 between women and their male counterparts, and widespread discrimination in the workplace and on site.

The survey also shows that women in architecture are waiting longer before starting a family than the UK average, and those with children report a detrimental impact on their career.

"The poll of 1,277 women and 340 men paints a picture of a profession where a glass ceiling is firmly in place; women are penalised for wanting a family, and take the lion's share of responsibility for the care of dependents; and sexual discrimination and bullying are rife," said former AJ architecture editor Laura Mark of the survey's findings.

A staggering 36 per cent of female directors, partners and principals reported experiencing sexual discrimination – with similar figures reported by associate directors and project architects, and 24 per cent of architectural assistants.

Most discrimination took place in the office, on site and in meetings with clients and contractors.

This bias is represented starkly in salary figures, with the gap broadening between men and women as seniority increases.

Across all levels of practice women were in agreement that their place in the architecture world had yet to be accepted. Just seven per cent of architectural assistants said the building industry had accepted the role of female architects.

Similarly dismal figures show women at all levels of practice feel the same. Only 20 per cent of project architects, 23 per cent of associates or associate directors, and 41 per cent of partners, directors or principals feel women are accepted in the industry.

Almost 30 per cent of all women surveyed felt they weren't offered the same career progression as men.

Project architects and architectural assistants reported the best work/life balance, with 65 per cent and 67 per cent respectively saying they felt they had got it right.

But as seniority increases to associate level, those reporting a good work/life balance decreases to 50 per cent and just 45 per cent of those at associate director level think the balance is right. For directors and partners or principals this figure improves marginally to 55 per cent and 52 per cent.

Long and unsociable working hours accounted for 56 per cent of grievance towards an imbalanced work/home life. 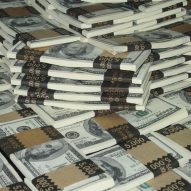 Female architects working in the US feel similarly, with more than 70 per cent feeling that women are still underrepresent in the profession, according to the American Institute of Architects' (AIA) Diversity in the Profession of Architecture survey.