Two days after the Brexit referendum result I became Estonian, at least to some extent. Actually to very little extent, legally. But up late, shattered by a result which felt like a brutal denial of my core existence, I found myself on the Internet, and rather than comfort-buying yet another Dieter Rams monograph, I applied for e-residency in Estonia instead.

It cost me around €50 and 20 minutes of time filling in some vaguely well-considered online forms. I uploaded a photo of my passport, filled in some basic details   and – from the pull-down menu asking as to why I was applying – I selected the pre-filled option "I'm a fan of e-residency".

A few weeks later, presumably after Estonian police checks, I found myself in the well-heeled Embassy-ville of South Kensington, west London, stepping downstairs into the Baltic – or rather, a pale white basement office dressed as if Tallinn. A pale white Estonian embassy official, also dressed as if Tallinn, handed over a slim, blue cardboard box containing my Estonian e-residency ID card and a small black plastic rectangle, which unfolds to form a cruciform USB reader. This takes the chip-end of the ID card on one axis and slips into a USB socket on the other.

What does e-residency mean amidst the maelstrom of swirling viewpoints on national identity?

The official, discreet but friendly enough, snips the bottom off a piece of A4 with a pair of scissors  –  an act that feels curiously analogue, amidst all the digital authentication –  and that's that. The paper is my receipt. The blue ID card is part of my new identity. The perhaps appropriately cruciform reader is my interface with a new nation state. I have residency in Estonia, at least digitally, and can now open Estonian bank accounts and run a business through Estonia, should I wish to.

The e-residency programme is a typically Estonian approach to 21st century civics. Estonia had to reboot an entire country after the Soviet Union pulled out, and timing, combined with the nation's own peculiarly Baltic interpretation of neo-liberal "small government" thinking, meant that the country's services were more or less forged on the internet.

One trajectory of those pioneering digital government services has led almost inexorably to e-residency, offering what they call "country as a service", with the official in charge of the programme describing the attractiveness of Estonia's sheer efficiency as an opportunity to increase the size of its effective population without increasing its physical population. 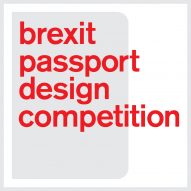 As Ben Hammersley –  a fellow Estonian e-resident  –  pointed out in Wired, this is a country trying to compete on the quality of its user experience.

Yet the process of becoming Estonian also betrays that pioneering digital approach. While the USB authenticating device is ingenious, the actual digital services appear to have barely been touched by the hand of contemporary service design. As with some civic interactions in nearby Finland, another e-government pioneer, it feels a bit early 2000s, having the tang of text messaging rather than Touch ID.

Compared to the UK's Design of the Year-winning Gov.uk website, for instance, it is technically advanced but unrefined in its interactions. Both services suffer somewhat from a myopic reduction of government to do only what it can do, yet technically, Estonia should now be looking to leapfrog. It does not want to be the Rio MP3 player when the iPod of global government digital services comes to town.

How we live and who we are continues to unfold, dovetail and joyously entwine in ever more labyrinthine patterns

Yet that's easy enough to resolve. As with virtually any digital user experience, 10 good people and strong design leadership could fix that in six months. That is a known known.

Not so known is what e-residency means amidst the maelstrom of swirling viewpoints on national identity. Here, despite being predicated around economic exchange rather than something more meaningful, Estonia's move is highly suggestive. How might we able to think more richly of "both/and" in terms of identity, of being part of nations, cities and the world, of respect for both the local and the global?

What true value, in fact, is to be gained from limiting a sense of identity? In 2016 we saw modern notions of identity shut down for short-term political gain. Yet, how we live and who we are continues to unfold, dovetail and joyously entwine in ever more labyrinthine patterns. Already complex identities, drawn over millennia of trade, migration and social experimentation, become yet more complex with each passing day.

Binding that glorious mess to anachronistic approaches to decision-making and identity, rooted in some mythical simpler times, it's little surprise we seem to be tearing ourselves apart. The American presidential election and Brexit referendum results reveal countries apparently divided into two. Using systems carelessly designed to allow an almost insignificantly small majority to be described as clear mandates, those rich tapestries are shredded such that they are perceived instead as crude, diametrically opposed camps. The seams of these political systems are badly misaligned with the reality of how and where we live. At the root of this deliberate intransigence may be a plaintive plea for simplicity, in the face of apparently overwhelming complexity. Yet reality is complex, identity is complex, our world is complex, and we suppress that complexity at our peril.

Instead, we must design for complexity, and with it. We have to sketch meaningful alternatives to current systems. Design's role, as a powerful driver of cultural imagination, is to provoke and speculate, as Mimi Zeiger pointed out recently. Yet linking speculative design to service and strategic design to identity could be profoundly useful.

Indeed, much of the discussion around the Brexit referendum was played out via what Will Wiles has called the "material pressure points of identity". In other words, a spluttering Nigel Farage angrily waving his passport at us. We might later add Donald Trump's wall – racism made manifest in infrastructure. Though predictable misdirections, they are highly potent nonetheless.

Though hardly a bold proposition, in its own small way, and possibly even inadvertently, Estonia has used service design to make manifest something other than racism, the idea of a richer identity, of a nation as a platform for other identities than its own, as a holder of multiple collective identities related, but not limited, to place.

What would it mean to be able to join more countries rather than fewer? To claim cultural and political affinity, as well as business relationships, with more places? These approaches would unlock ways of being both British and European, as well as enabling multiple residencies and identities.

While its fabric could be more refined, Estonia's e-residency programme is a provocation about 21st-century citizenship. Similarly, Dezeen's competition to redesign the UK passport is welcomed; who will design, not a UK passport, but a passport capable of containing multiple nested identities?

It's not that the design of the passport or identity card is necessarily the most important facet, but that we need an alternative proposition to act as a lightning rod for debates about broader systems of living. Currently, we have nothing.

How might these be better articulated, managed, developed and discussed in an age defined by the US military short-hand VUCA, that is, volatility, uncertainty, complexity and ambiguity?

Designers must actively engage with the design of the systems, services and spaces of a more resilient everyday life that rejoices in more identity

I need hardly throw any more words on the pile of opprobrium levelled at Trump's election and the Brexit result; both results are appalling, selfish, narrow decisions. Sometimes that is because of appalling, selfish, narrow people –  principally the small band of elites who engineered such decisions. But that, in turn, is possible because politics itself is now overly susceptible to a gaming of the system on this scale.

To counter this as designers, we must first be aware of our own limited sphere of influence, recognising that design should be a humble trade, to guard against hubris, and to understand and convey the limits of our knowledge of the domains we are designers within.

In tension with this, we must equally be aware of our responsibility and culpability, for helping design the systems that have enabled these outcomes, whether that's electoral systems or social media.

But finally, in resolving these tensions, we must act as a countervailing force against that selfishness and narrowness, and actively engage with the design of the systems, services and spaces of a more resilient everyday life that rejoices in more identity, not less.

Dan Hill is an associate director at Arup in London, where he is head of Arup Digital Studio. He is an adjunct professor at both RMIT University and the University of Technology, Sydney, in Australia, and his blog City of Sound covers the intersection between cities, design, culture and technology.

Photography is by Martin Dremljuga.