In the final movie in our Most Loved video series, Ron Arad reflects on how the Tom Vac chair he designed for a one-off sculpture became one of his most commercially successful products.

Arad originally designed the Tom Vac chair for an installation for Domus magazine during Milan design week in 1997.

Called Totem, the sculpture comprised 100 chairs stacked on top of each other in a square in Milan. Arad says he used the commission as an "excuse" to design a chair made from vacuum-formed aluminium.

"I was always fascinated by vacuum forming aluminium," he says in the movie, which was filmed at his studio in London.

"It is an amazing thing. The Tom Vac started as a component for a sculpture – the chair was an excuse."

The Tom Vac chair features a ribbed aluminium shell with a hole in the base, which allows it to be stacked.

"The shell is corrugated and the waves are not there only for aesthetic appearance," Arad explains.

"The morphology of the surface gives the shell the strength. Function and aesthetics don't go against each other, they work together."

The Totem installation was sponsored by Swiss furniture brand Vitra. Company director Rolf Fehlbaum was so impressed by the design that he offered to put it into production. 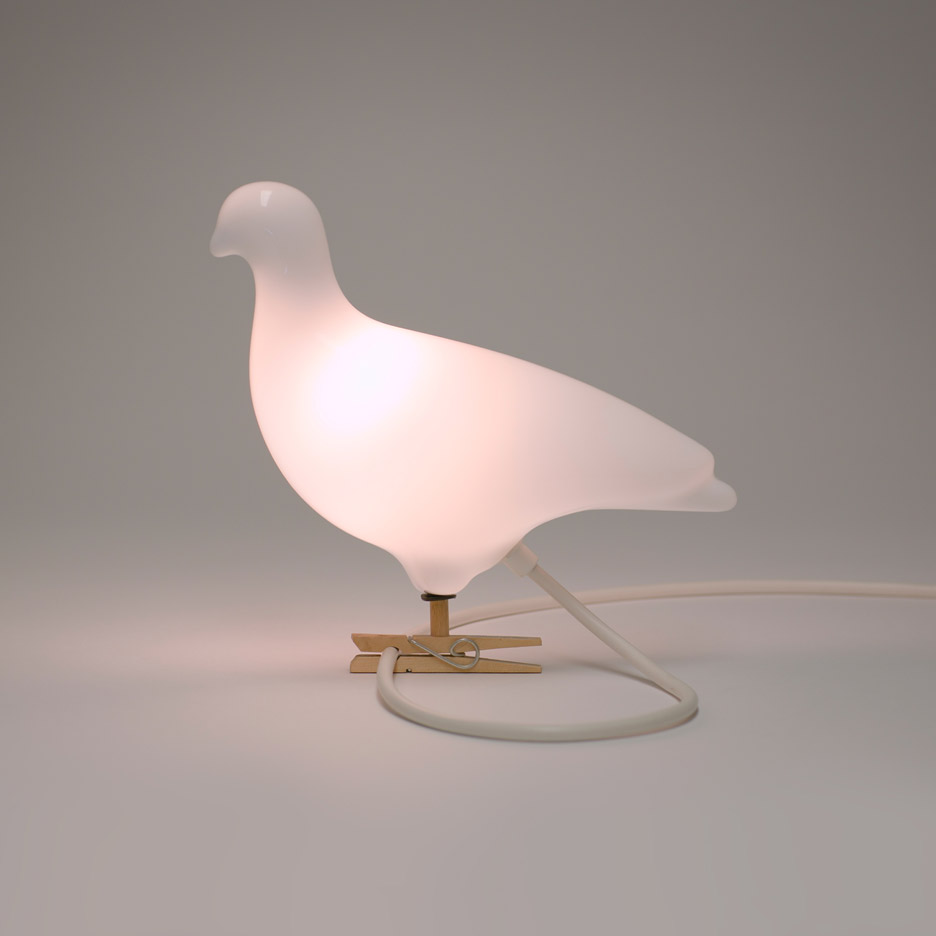 The commercial version of the chair, which was released by Vitra two years later in 1999, features a plastic shell to make it more affordable and suitable for the contract market.

"It was not the intention of Vitra to put anything into production at the time," Arad recollects.

"But they loved the chair and asked if we could do it in plastic and I think it is my best selling chair ever. It's lucky, sometimes you get better than you deserve."

As well as being commercially successful, Arad says that the Tom Vac chair is also very popular with Instagram users.

"When I check Instagram, as one does, the Tom Vac features a lot," he says. "People have lots of pictures of their cat or their dog sitting on it, which is nice."

One person who is not so happy about the popularity of the chair is photographer and Arad's friend Tom Vack, whom Arad named the chair after as a joke.

"Recently I met [Vack] and he said: 'I'm fed up of going to bars and parties and people ask if I'm named after a chair!'" Arad says.

"It's the other way round, of course. Sorry Tom!"

This movie was filmed by Dezeen in London. The aluminium Tom Vac chair was provided by Ron Arad and the plastic versions were provided by Vitra.

Most Loved is a collaboration between Dezeen and car brand MINI celebrating design objects that have found a special place in people's hearts. We are interviewing the world's leading designers about their most popular and enduring designs.

You can watch all the movies on our special Most Loved microsite: www.dezeen.com/mostloved